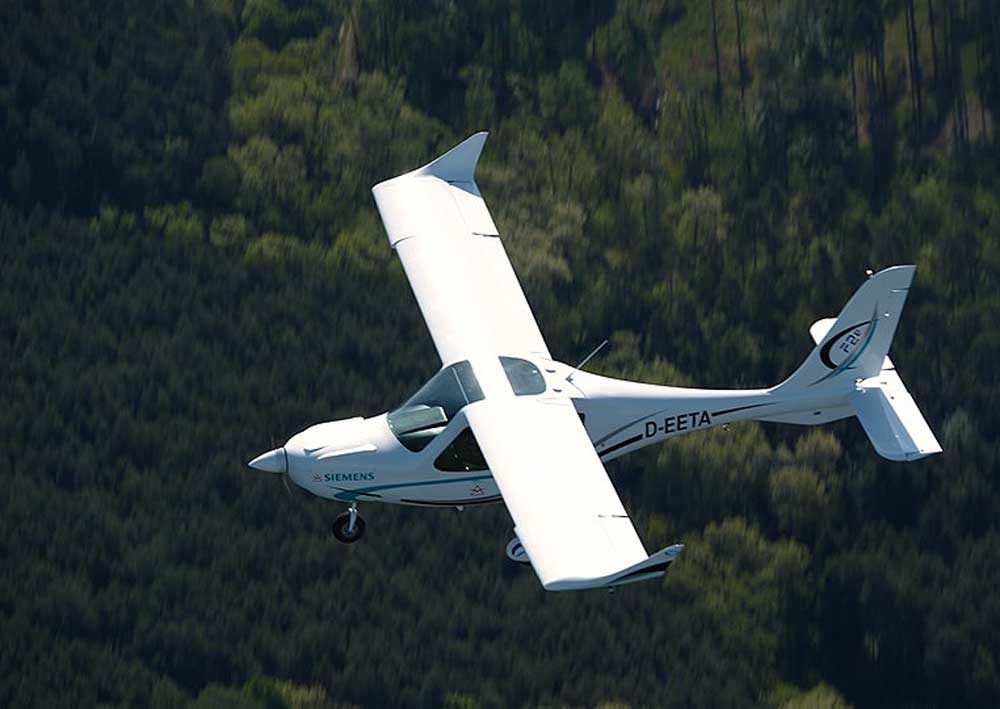 +VIDEO Flight Design has made the first flight of its all-electric F2e aircraft. The flight was on 29 May and today, Wednesday 5 June, the German company flew the aircraft for the public at Strausberg Airport.

“The energy consumption for take-off and cruise was in the expected range, system temperature lower than expected and the aircraft flew easily and safely,” said Lars Jorges, CEO of Flight Design.

The F2e is part of Flight Design’s new range of aircraft, launched at AERO Friedrichshafen in April. The F2, powered by a Rotax piston engine, has already flown and will be the first to go on sale.

Certification and production of the F2e, with a Siemens electric propulsion system, is planned for 2020 with more than two hours flight time. Max takeoff weight of the F2e is 1100kg, max cruise speed estmated at 220km/h, with optimum speed 170km/h.

Both the F2 and F2e use Flight Design’s new Modular Airplane Construction and Certification System (MACCS), with a four-seat F4 also planned.