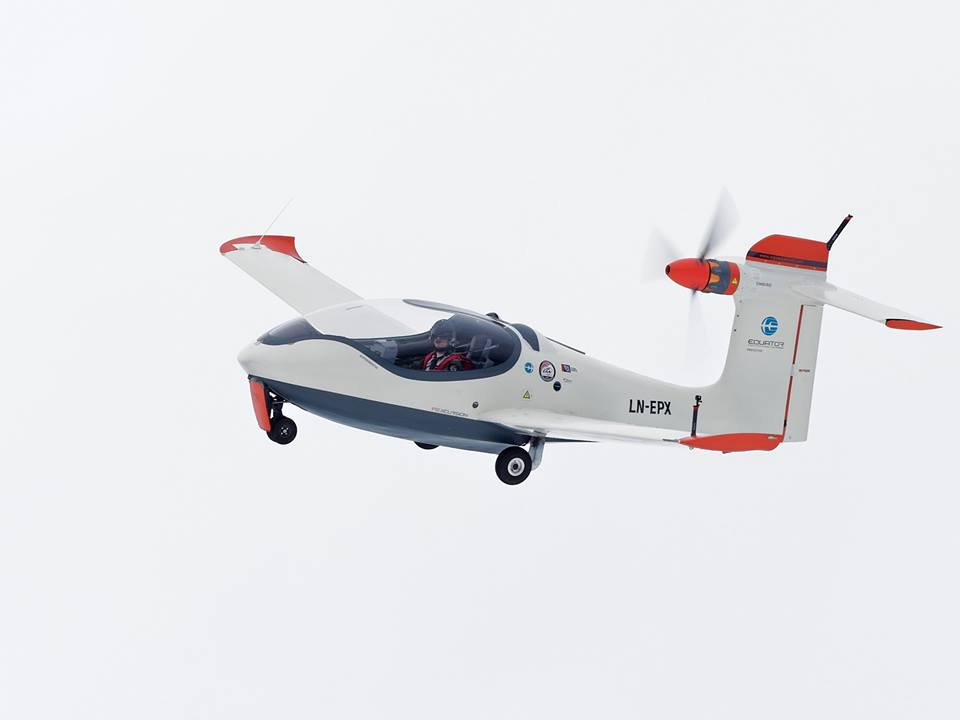 The aircraft has its first flight on 26 June last year, and the team spent the winter raising capital to continue development. The Norwegian CAA has also  checked out the aircraft and given permission to continue tests.

The Equator P2 Excursion started tests again at Eggemoen Flyplass (airfield) on 29 March 2019, this time higher and out of ground effect.

Equator Aircraft has issued this video:

The aircraft is unusual in many respects. The hybrid power system uses a Wankel (rotary) internal combustion engine to power a generator producing electricity for the fin-mounted 97kW Engiro electric motor.

Equator Aircraft says the combination of onboard batteries and the Wankel generator means the aircraft should be able to cruise for up to six hours.

The low-wing design removes the need for external high drag support and provides high stability, says Equator. The fuselage has an aerodynamic forward geometry merged with the boat hull further back for minimising drag on the boat hull section.