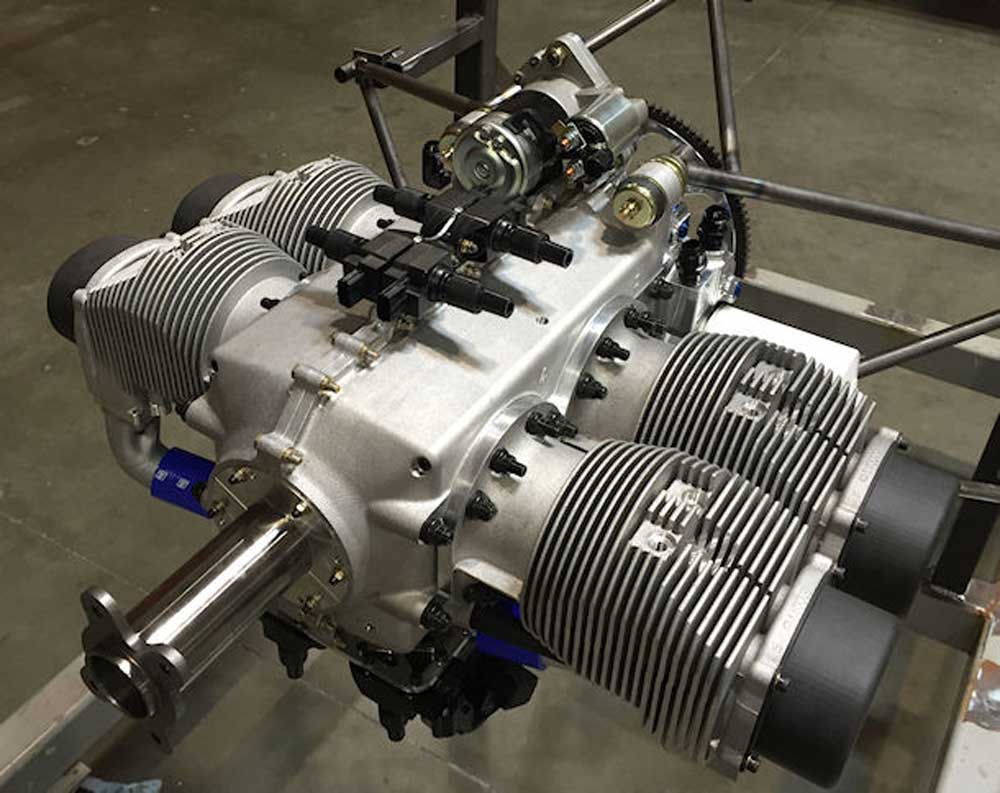 American engine specialists EPI Inc has released details of a new clean sheet design engine it is developing for an unnamed client – believed to be Vashon Aircraft.

The engine is described as a modern, air-cooled four-cylinder aircraft engine that produces 126hp, weighs 186 lb (84kg) and is a direct replacement for a Continental O-200 engine, costing less than half the price.

Torode promotes the Vashon Ranger light sport aircraft as an ‘all-American’ product and is known to be keen to have a more modern power unit than the existing 100hp O-200.

The new engine has been designed and built by EPI Inc for a ‘client company’ that owns all materials and production and intellectual property rights. FLYER has contacted Vashon Aircraft for a comment.

EPI says, “The engine is a 200 cubic inch, horizontally-opposed 4-cylinder engine which is a bolt-in replacement for the O-200 (although a different motor mount will be required to clear the accessories on the back of the engine).

“The prototype engines weigh 191 pounds but there is a weight-loss programme underway which looks as if it will reduce the weight by an additional 5 pounds with no effect on reliability or power output.”

Features of the new engine include: