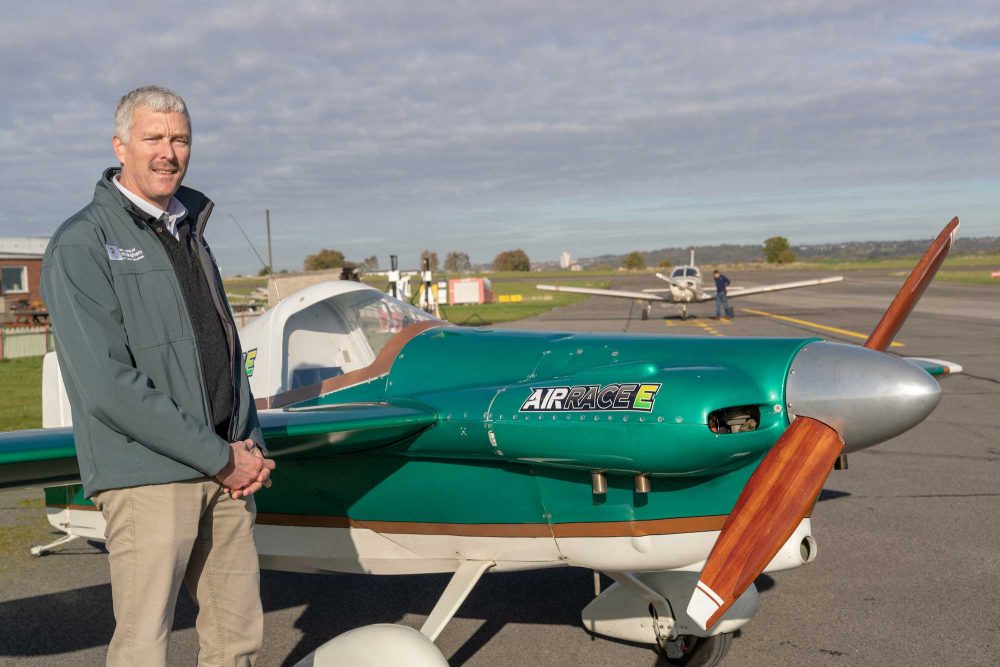 +VIDEO An electric-powered racing aircraft is under development at the University of Nottingham in a new partnership with race organisers Air Race E.

A new integrated ‘plug and play’ electric motor, battery and power electronics system will be designed and retrofitted into an existing petrol-powered Air Race 1 plane in workshops at the University.

The prototype race aircraft will help shape the model and rules for Air Race E, which is set to launch its inaugural race in 2020.

The University is investing £13m in the Beacons of Excellence programme which is aimed at championing field-leading responses to global challenges, including sustainable travel.

“This is a ground-breaking partnership between Air Race E and the University of Nottingham which will undoubtedly have a huge impact across the electric aviation industry,” said Jeff Zaltman, CEO of Air Race Events.

“Since the announcement of the Air Race E series, we have been overwhelmed by the response of innovators and leaders within the aviation sector and we are delighted to be working with the pioneering University of Nottingham Beacon Programme to help drive change within the industry.”

Richard Glassock, Research Fellow in hybrid propulsion systems for aircraft, and project lead, said, “Air Race E is set on making the electric aviation industry move faster and we are very excited to be working alongside them to make it happen.

“Future transport platforms will require electrical machines and power conversion and transmission solutions which can deliver a step-change in power density, efficiency and reliability.

“Through strategic investment in facilities, talent and research programmes, and collaboration with academic and industrial partners, the University of Nottingham is at the forefront of this exciting revolution in aerospace, marine and automotive transport.”

Air Race E will see electric aircraft racing directly against each other on a tight circuit just above the ground and at speeds faster than any land-based motorsport.

Formula Air Race planes, classified as ‘experimental’, are the only aircraft in the world designed specifically for racing and built to a specific race formula.

Air Race E will be run to a similar format to Formula One Pylon Air Racing, where pilots compete simultaneously to be the first one to cross the finish line. Eight airplanes race directly against each other at speeds of over 400kph around a tight circuit just 1.5km end-to-end.