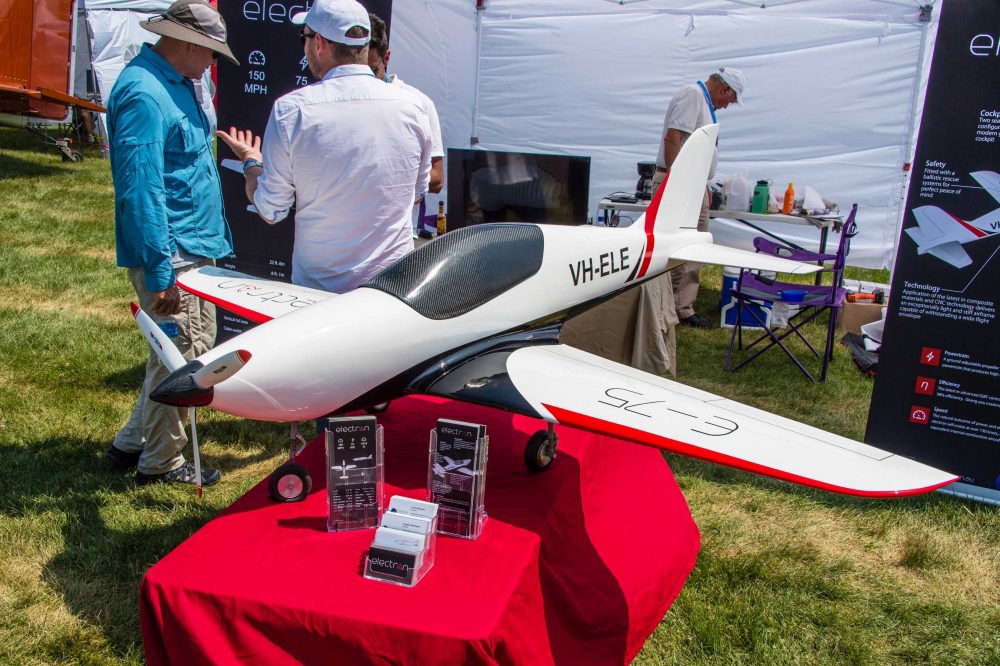 A new Australian startup called Electron is building an electrically powered aircraft which it plans to offer as a kitplane.

The project is currently in the detailed design phase, with the testing of a 1:3.5 scale prototype underway. Construction of the first full-size prototype is underway with a possible first flight before the end of this year.

Photo above shows a model of the Electron on display at last July’s EAA AirVenture Oshkosh. Photo by: Ed Hicks

“The Electron is made from the finest materials,” said the company, based in Mittagong, New South Wales, Australia.

“Built predominantly from prepreg carbon fibre with targeted use of aramid and select CNC aluminium components, the light-weight airframe is crafted around the electric powertrain and designed to withstand +5/-2 g.

“The Electron will initially be delivered in kit form to be licensed as an experimental aircraft in the LSA category.”