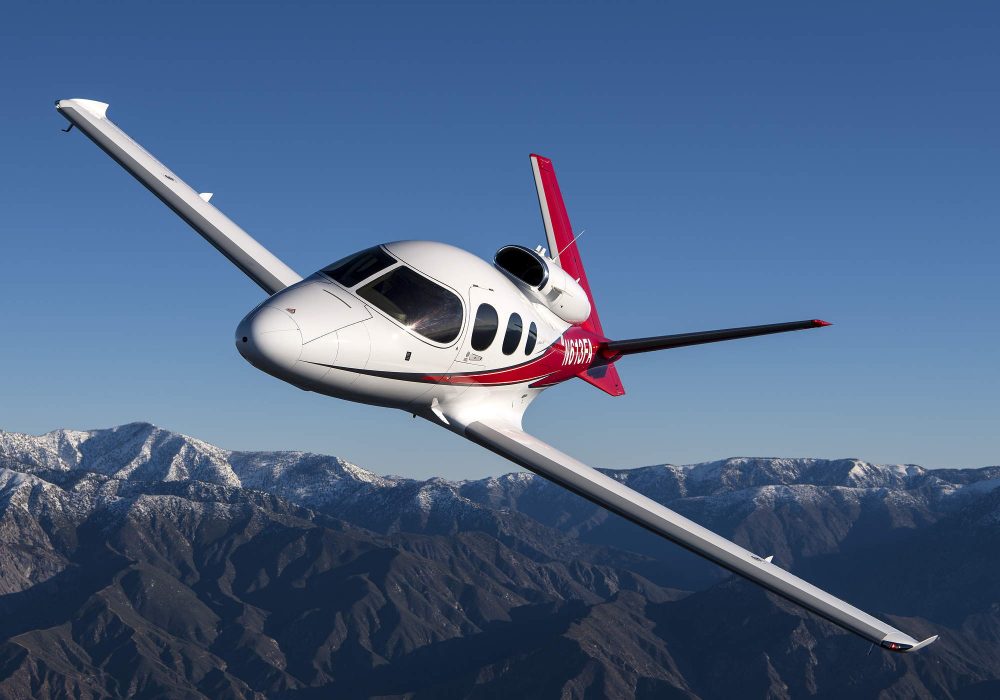 Cirrus SF50 Vision personal jets have been grounded by a faulty angle of attack sensor.

The US aviation authority, the FAA, issued an emergency airworthiness directive on 19 April requiring replacement of the angle of attack (AoA) sensor. If faulty, the sensor could initiate unwanted pitch changes.

The emergency AD applies to all SF50 jets currently flying – estimated to be 117.

“This emergency AD was prompted by Cirrus reporting three incidents on Cirrus Model SF50 airplanes of the stall warning and protection system (SWPS) or Electronic Stability & Protection (ESP) System engaging when not appropriate,” said the FAA.

The first incident occurred in November 2018 and the latest earlier this month (April).

“The SWPS or ESP systems may engage even when sufficient airspeed and proper angle of attack (AOA) exists for normal flight,” continued the FAA. “The SWPS includes the stall warning alarm, stick shaker, and stick pusher. The ESP includes under speed protection (USP).

“The pilot will also observe the dynamic and color-coded (Red) airspeed awareness ranges displaying the stall band, regardless of actual indicated airspeed.”

In one case, the aircraft activated several downward pitch commands coincident with stall warning, stick shaker, and several associated alerts. The pilot reported “AOA FAIL” and “STICK PUSHER FAIL CAS” messages preceding the pitch command. The pilot was able to stop the automatic pitch commands by pressing and holding the autopilot disconnect button in accordance with the emergency procedure in the airplane flight manual and safely landed at his destination.

Cirrus Aircraft has issued a service advisory with instructions to replace the angle of attack sensor, which was determined to be the root cause of the problem.

The AOA sensor, manufactured by Aerosonic, malfunctioned because two set screws that secure the sensor’s potentiometer shaft to the AOA vane “may have improper torqueing and no application of thread locker (Loctite) to secure the two set screws”.