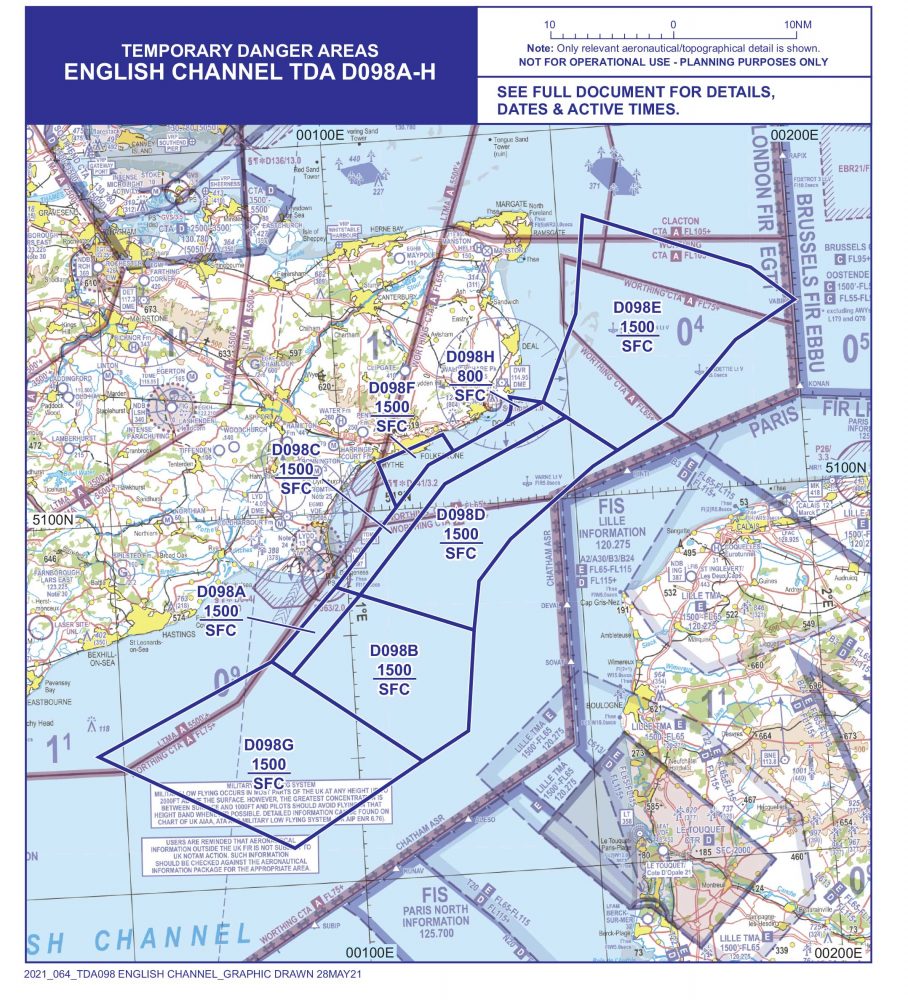 Temporary Danger Areas on both sides of the English Channel are having an impact on General Aviation flights between England and France, particularly during the recent period of low cloudbases.

The TDAs are to allow Border Force in the UK and their French equivalent to operate drones monitoring the flow of migrants crossing the Channel.

According to one pilot, the Channel TDAs are far from temporary.

“This last week ,for example, every day all seven areas have been activated from 04:00 to 13:30, despite the AIC Yellow 58/2021 stating that only essential areas would be activated to assist general aviation traffic crossing the channel.

“Much of this last week the cloudbase in the channel has been between 1200 and 1500 feet.

“Why is around 1,000 square miles of airspace are needed for one aircraft that can’t see where it’s going whereas you are likely to meet many times this number in the multiple choke points forced on us over the years.

“If we are encouraged to buy electronic conspicuity, why don’t the drones fit it and we can all carry on as before.”

The unpredictable nature of recent weather hasn’t helped, with cloud often forming mid-Channel and forcing pilots flying VFR to descend to a height that’s close to the top of the TDAs.

“The French side very helpfully operates their two restricted areas as alternates so there is always a low level route option,” continued the pilot.