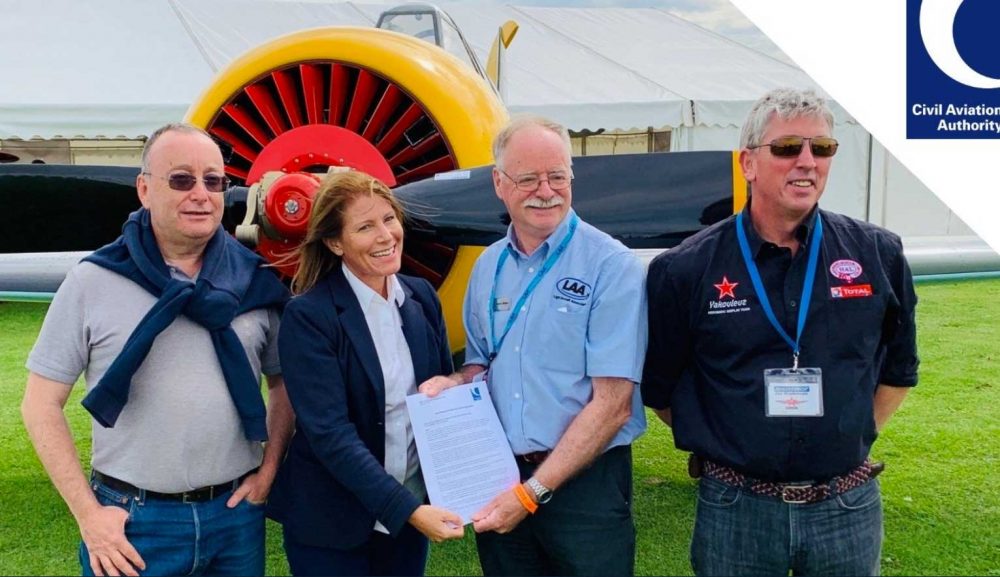 Did we do OK? The General Aviation (GA) Unit of the UK Civil Aviation Authority (CAA) has reported on its 2019 work and achievements. It’s not asking for a score but feel free to comment below.

The CAA GA Unit is:

This work is in addition to the GA Unit’s day-to-day activities which included over 600 site audits in 2019.

Rachel Gardner-Poole, Head of the CAA’s GA Unit, (pictured above at the handover of Yak aircraft to the LAA Permit scheme) said, “The end of 2019 saw us make several significant changes and start consultations on others that should deliver considerable benefits to the UK GA community.

“Through our change programme and linked projects, such as electronic conspicuity, we have some exciting opportunities coming up in 2020 that will continue to benefit GA in the UK.”