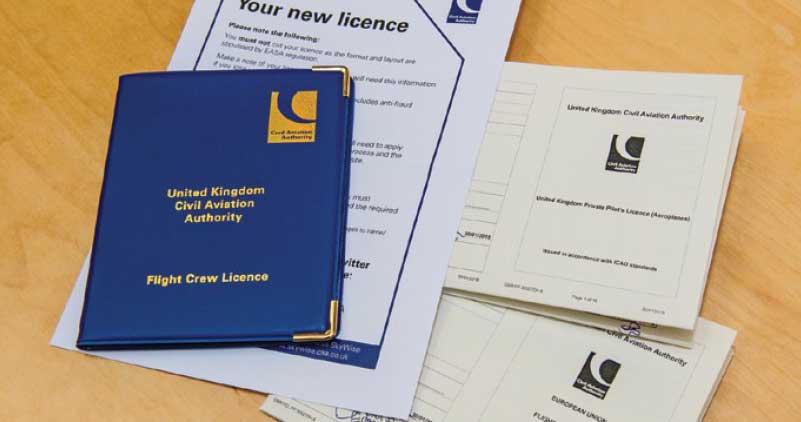 The CAA has issued a warning to private pilots to check they have a current licence to fly after the 8 April 2018 deadline.

From that day, pilots flying any aircraft with European Aviation Safety Agency (EASA) airworthiness certification will need an EASA licence wherever they fly.

EASA aircraft include types such as PA28s, C172s and R22s. The UK Civil Aviation Authority (CAA) has made clear that any pilot who does not have a valid EASA PPL or LAPL will not be able to legally fly these aircraft after the April deadline, even in the UK.

What are the changes?

The deadline is the culmination of a six-year process to switch all flight crew licences – commercial and private – from domestic versions issued by national regulators such as the CAA, to EU-wide equivalents issued by the European Aviation Safety Agency (EASA).

Glider (Sailplane) and hot air balloon pilots are expected to have until April 2020 to obtain an EASA equivalent licence.

The CAA believes there are still a large number of pilots who may need to convert to an EASA licence. Pilots with a national PPL, or an NPPL, will still be able to fly non-EASA or Annex II aircraft (which includes microlights, ex-military, vintage and kit-built) after 8 April and within the UK. Pilots who are only interested in flying these aircraft will not need to convert.

Pilots with an expired JAR PPL however will lose all the privileges of their licence until they convert to an EASA version, although the licence itself will not be cancelled.

Generally, national PPLs were issued prior to the year 2000 and JAR licences between 2001 and 2012. From September 2012 EASA licences were issued to new applicants and automatically replaced JAR licences when submitted to the CAA for renewal (JAR PPLs have a five-year validity).

Unlike JAR licences, the older national licences have a lifetime validity and are not automatically converted to an EASA PPL, the holder must proactively convert the licence.

To exercise aerobatic and towing privileges in an EASA certified aircraft pilots will need to hold the appropriate ratings on their Part FCL licence.

The CAA points out that the conversion deadline will not be affected by the UK’s Brexit negotiations. For the foreseeable future, any pilot who wants to fly an EASA aircraft must have an EASA licence after 8 April 2018.