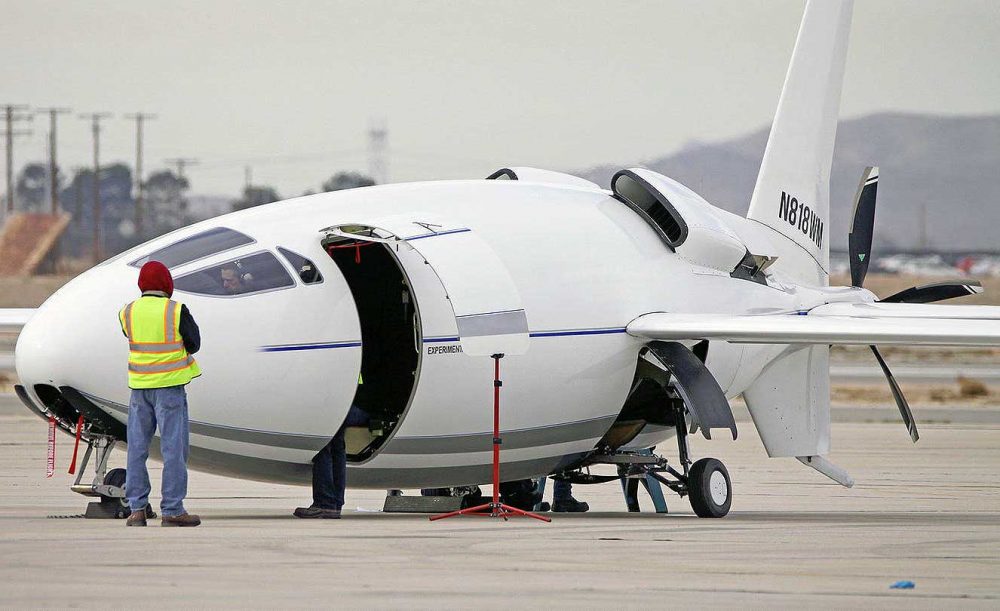 This strange-looking Otto Aviation Celera 500L aircraft has been seen making high-speed taxi tests at an airport in California leading to speculation that it is about to make its first flight.

The Drive website is reporting that the bullet-shaped aircraft appeared at Southern California Logistics Airport near Victorville, with the registration N818WM.

“In January 2019, new pictures of the pusher-propeller Celera 500L, which carries the U.S. civil registration code N818WM, emerged showing it in a markedly more mature state than what we had seen in the past,” reports The Drive.

“In May of 2019, NASA pilot and photographer Scott Howe also spotted the Celera 500L doing high-speed taxi tests at the Southern California Logistics Airport as he flew by.”

However, there’s little other hard information about the aircraft. Otto Aviation Group is keeping quiet apart from patent documents which lay out a case for disrupting traditional ‘hub-and-spoke’ commercial aviation models and offering improved efficiency in aircraft performance.

“Such a transportation system requires a unique aircraft. It must be capable of operation from any current airfield,” one of the patent documents says in its background section.

Alhtough the FAA registry was offline when FLYER checked, The Drive reports that the FAA says the aircraft’s airworthiness was approved in February 2019 and that it uses the Raikhlin Aircraft Engine Developments (RED) A03 V12 turbodiesel engine.