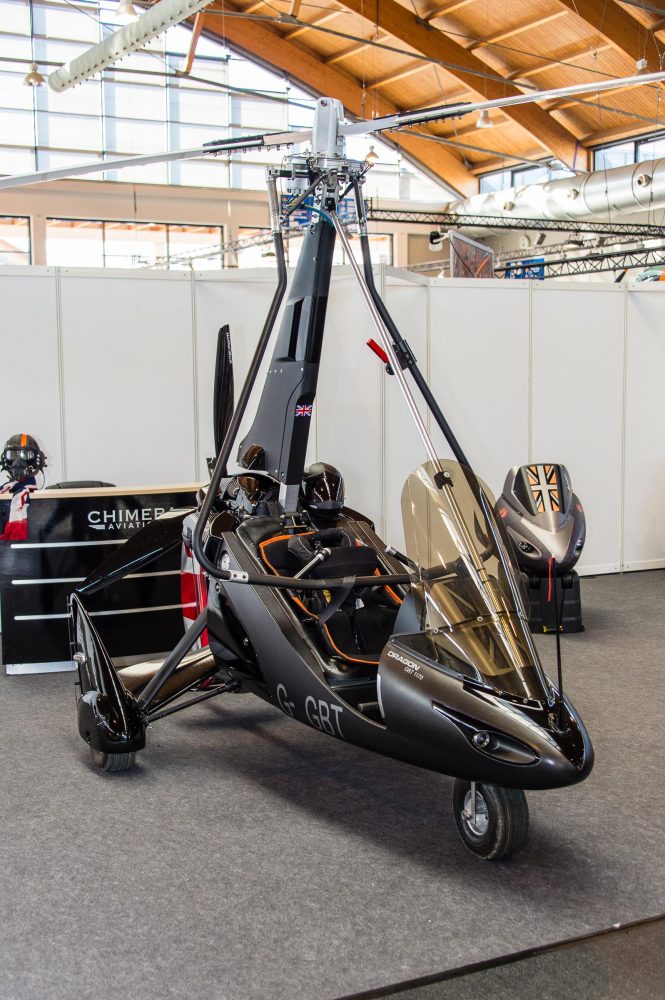 Remember the British Bulldog autogyro which stole the show at AERO in 2015? The project is alive and still in development but in the meantime, creator Barry Jones has launched a new entry-level autogyro, the Chimera Dragon GBT 1170.

Chimera Aviation is the name of Barry’s company, and the Dragon uses an airframe that’s similar to a microlight trike powered by a two-cylinder 80hp BMW Boxer motorcycle engine.

Barry was inspired by microlighting legend Brian Milton to create the hybrid between a microlight trike and autogyro.

“If I could produce an autogyro, as if I were producing a flexwing but instead of fitting a ‘wing’, fit it with rotors, I could deliver a very capable flying machine to the market at a sensible price,” explains Barry.

As well as the trike airframe, Barry has also side-stepped another autogyro issue – taking drive through a right angle from the engine to ‘pre-spin’ the main rotor. By pre-spinning the rotor, the takeoff roll is reduced. However, on a conventional autogyro, once the pre-spin stage is done, the plot then has to use a clutch to disengage the drive to the main rotor and accelerate using the pusher prop.

On the Dragon, Barry has an electric motor to ‘pre-spin’ the main rotor, supplied by an onboard battery. The electric motor pre-spins the rotor to 300rpm meaning that when the autogyro starts its takeoff roll, only another 20rpm are required to take off and all of the BMW’s power can be used for forward speed.

The Dragon’s frame is a conventional aluminium square tube clothed in bodywork made from carbon fibre. It has two seats and conventional microlight-like controls.

Chimera Aviation is offering the Dragon for £45,000+VAT.