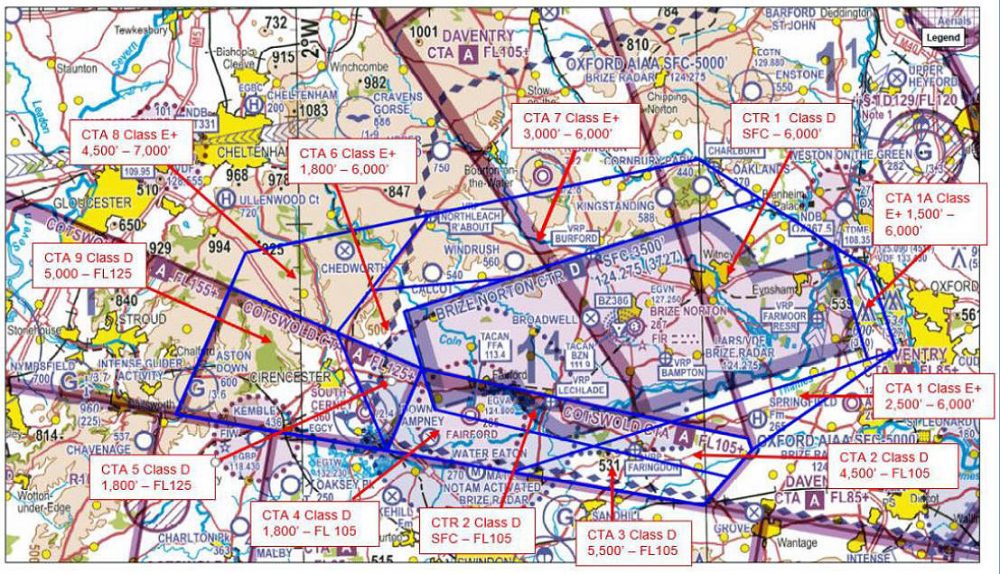 RAF Brize Norton recently hosted a stakeholder meeting at which its latest and near-final design for a larger area of controlled airspace surrounding the airfield was described in detail.

The GA Alliance (GAA), including the British Gliding Association (BGA), was represented at the meeting alongside others from the GA community, reports the BGA.

The revised design replaces previously proposed CTA Class D airspace with Class E+ airspace, which is a UK version of ICAO Class E with additional conspicuity. In the case of the Brize Norton design, the intent is that radio or transponder provides the required conspicuity.

Expert inputs have been made by the GAA regarding the CTAs at each end of the design and regarding CTA bases. The sponsor has agreed to reconsider those before a final submission to the CAA.

Another stakeholder meeting is being arranged by London Oxford Airport to describe their ACP submission. GAA including BGA will be in attendance.

The revised plan has been called a ‘dog’s breakfast’, ‘infringement hell’ and ‘an absolute disgrace’ on the FLYER forum, with one poster saying, “I can’t believe that any sane human being could propose that as a workable solution”.