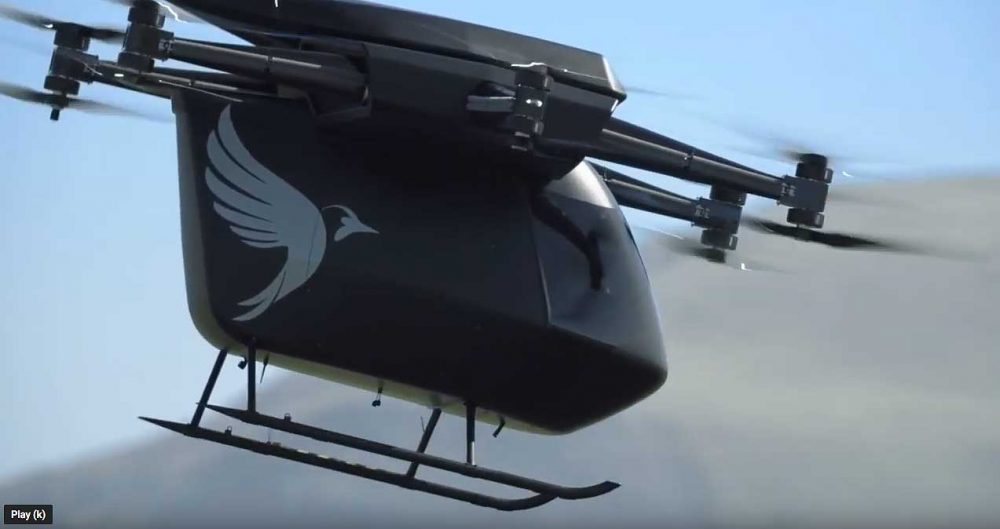 +VIDEO A British company, Vertical Aerospace, has flown an electric power vertical takeoff and landing (eVTOL) aircraft capable of carrying a payload of 250kg – the equivalent of a pilot and two passengers.

The Bristol-based company says it is the first in the world to release test footage of an eVTOL with that performance. It calls the eVTOL ‘Seraph’ – a heavenly being.

The Seraph completed its maiden flight at Llanbedr Airfield in Wales on 22 August, according to Vertical.

“The aircraft was built to test new technologies and systems for integration into our upcoming passenger model, due to be unveiled next year,” continued a statement from the company.

“The aircraft is capable of carrying loads of up to 250kg and can reach speeds of up to 80km/h.

“This successful test flight comes as we announce the acquisition of MGI, an F1 engineering consultancy led by British motorsport veteran Mike Gascoyne. Gascoyne and his team of 20 specialists will form Vertical Advanced Engineering, bringing the Vertical team to more than 70.

“They will apply the latest technologies, systems and agile processes from F1 to the development of eVTOL aircraft. The acquisition will allow us to accelerate the development of our eVTOL technology, and ultimately, bring superior aircraft to market more quickly.”

Earlier this year Vertical announced a partnership with Honeywell to use their fly-by-wire aircraft control systems.

The company was founded by Stephen Fitzpatrick in 2016, started work in 2017 and a year later flew its first prototype, POC (proof of concept). It now has more than 70 engineers working on the aircraft.