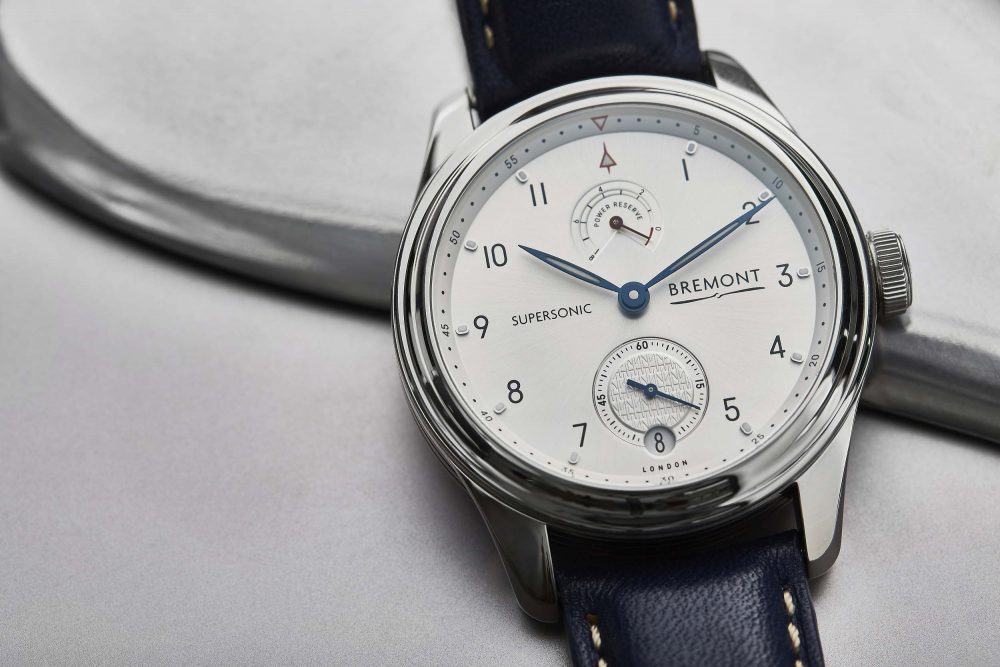 The British company has also produced a special promo film to accompany the launch which tells the story of the iconic supersonic airliner with original footage. Yes, it’s a promo film, an advert, but a blinkin’ good one. Here it is:

The new watch has been produced with British Airways, with metal from the G-BOAB Concorde, known as Alpha Bravo, donated. The aircraft was registered in 1974, and took to the skies for the first time in May 1976 flying from Filton to Fairford. It was the third Concorde to be part of the British Airways fleet.

In September 1984, she set a distance record for an airliner with a 4,565 mile flight from Washington to Nice. In November of that year, flew the inaugural charter service from London to Seattle via New York. A top speed of Mach 2.05 was reached at a height of 63,500ft.

She was even famed for flying the England squad home from France from the 1998 World Cup.

From Russia with… a little bit of Spitfire

Made from a Merlin – the WWII ace’s watch