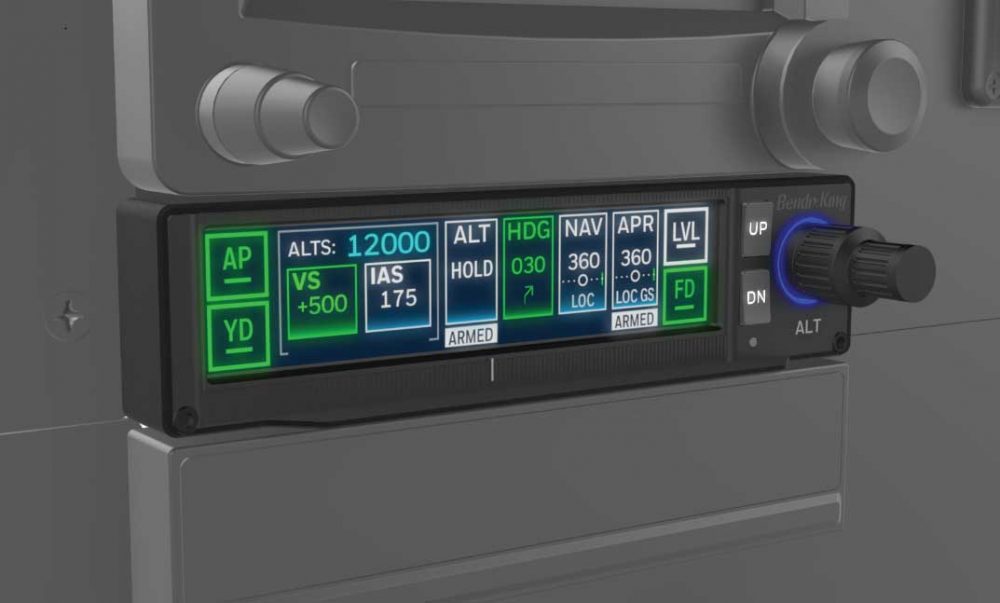 Bendix/King has launched its latest autopilot, the KFC-230 AeroCruze. The KFC 230 is designed both for new installations on aircraft without a previous Bendix/King system or as a slide-in replacement for the venerable but in their time, industry-leading, KFC-150, 200 and 250s which were installed in many higher end aircraft from the 1970s through to the 2000s.

The KFC-230 updates the pilot interface with a colour touchscreen display and integrated altitude selector. Attitude is provided by the pending KI-300 digital attitude indicator or other digital sources such an EFIS.

The autopilot servos used by KFC-150, 200 and 250 are compatible with the new KFC-230 taking a large portion of the expense and labour out of the install. Aircraft equipped with the remote mount KFC-200 and 250 system will have the option to remote mount the KFC-230 flight computer as well, minimizing panel disruption.

Flight testing is reported to be underway, with certification expected later in 2018. – Joe Fournier