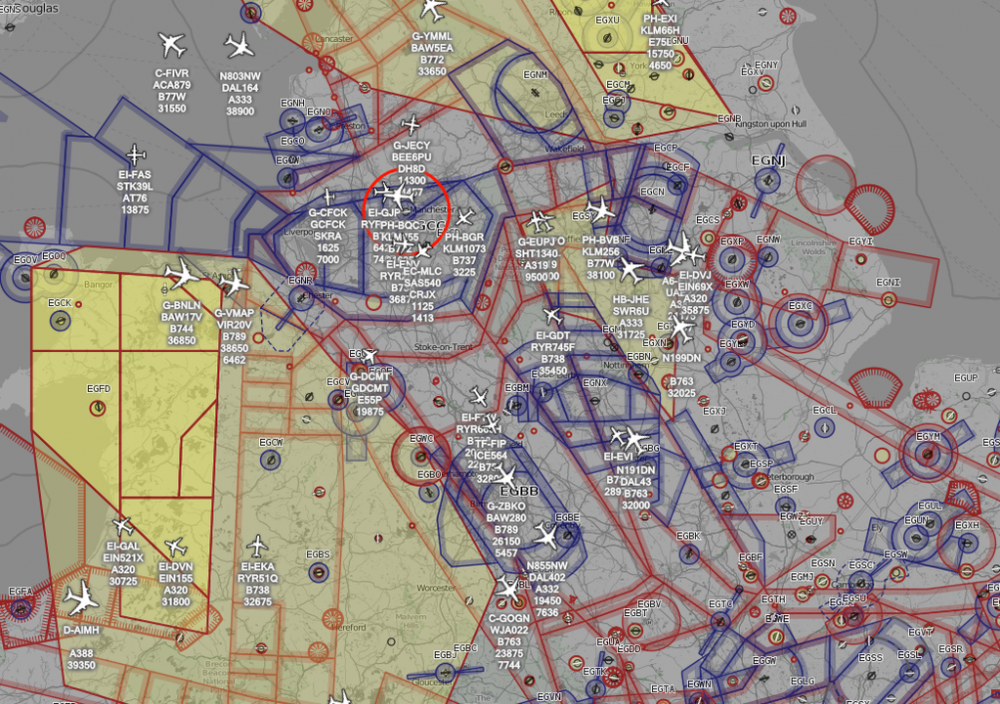 A detailed explanation and report on a trial of ADS-B electronic conspicuity at Barton, a General Aviation airfield near Manchester, has been posted by one of the team involved – Steve Cooper, a Flight Information Service Officer.

The full post is on LinkedIn. Some of the highlights:

“Here at City Airport Manchester (Barton) we’ve teamed up with Airspace4All who have provided a Uavionix pingStation aerial which we’ve mounted up on the roof of our control tower,” writes Steve.

“It sits there quite happily receiving ADS-B transmissions from as far as the Scottish Borders and down to the south coast of England, across the North Sea and out towards Dublin – a massive area of airspace!

“The cost of this receiver is measured in thousands of pounds, not the millions a traditional ATC radar would.

“This is key – General Aviation airfields have limited budgets and lack much of the technical expertise large airports and ANSPs such as NATS enjoy, and therefore solutions have to be simple and cost effective.

“The data received by the pingStation is fed in to a standard Windows10 workstation attached to the airfield’s network. The workstation is running an application called Virtual Radar Server, which allows aircraft positions to be plotted on a highly customisable map.

“At Manchester Barton we’ll be monitoring an area of roughly 10nm around the airfield and have depicted airspace boundaries and ‘Visual Reference Points’ (VRPs).

“The trial will allow FISOs to broadcast information such as generic traffic information to aircraft and warnings as to when they appear to be approaching controlled airspace. There will be no passing of specific Traffic Information, or deconfliction of aircraft – that remains firmly the preserve of Air Traffic Controllers with radar ratings!”

Infringement ‘save’ for Barton ADS-B trial