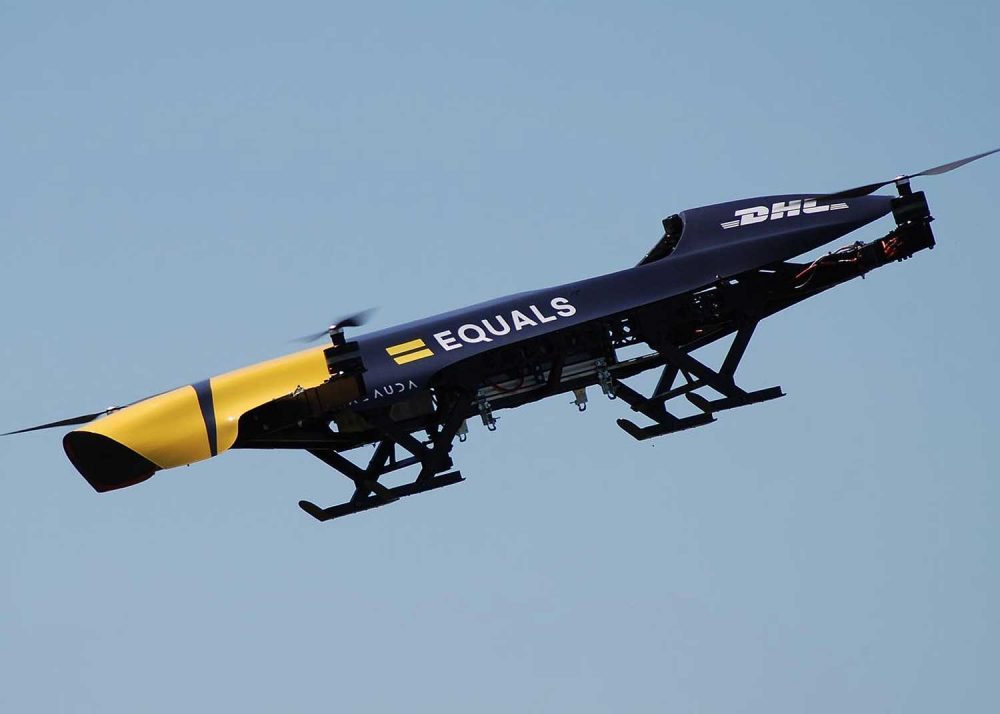 +VIDEO It’s an event organiser’s worst nightmare: an aircraft being flown on site goes out of control into a full power climb into controlled airspace, then runs out of power and plummets to the ground for a high-speed crash.

This is what happened at Goodwood Aerodrome on 4 July 2019 at 11:40 when the remotely piloted Alauda Airspeeder, a 3-metre long 95kg drone in the shape of an F1 racing car, gave a demo flight in front of a crowd of VIPs standing on top of a nearby building.

The Airspeeder pilot lost control and an emergency kill switch was operated but had no effect. The drone then climbed to approximately 8,000ft, entered controlled airspace at a holding point for flights arriving at Gatwick Airport, before its battery depleted and it fell to the ground. It crashed in a field of crops approximately 40m from occupied houses and 700m outside of its designated operating area. There were no injuries.

The Air Accidents Investigation Branch (AAIB) has just released its final report into the incident and it’s highly critical of both the Airspeeder operator, Australian company Alauda,  and the CAA which authorised the demo flight.

The AAIB said that had the wind at altitude been stronger, there was a ‘significant possibility the UA would have been blown further downwind over Chichester, where it was more likely to cause third party damage and injury’.

The AAIB found the Alauda Airspeeder Mk II was not designed, built or tested to any recognisable standards and that its design and build quality were of a poor standard. The operator’s Operating Safety Case contained several statements that were shown to be untrue.

The CAA’s Unmanned Aircraft Systems (UAS) Unit had assessed the operator’s application and, after clarification and amendment of some aspects, issued an exemption to the Air Navigation Order to allow flights in accordance with the operator’s Operating Safety Case. The CAA did not meet the operator or inspect the Alauda Airspeeder Mk II before the accident flight.

The AAIB reports that, eight days before the flight, a meeting between the CAA UAS Airworthiness Policy Specialist, the UAS Technical Inspector and the Technical Surveyor resulted in the CAA identifying various issues in the Operator’s Safety Case.

An email said, “Technical assessment of the OSC revealed that the proposed flight operation is intermediate in terms of complexity, however, it poses a high safety risk for general members of the public.”

The email reveals that the CAA was aware of numerous deficiencies in the Airspeeder including a Return to Home function and Geo-fencing, which automatically stops a drone leaving a set area.

“During an interview with the AAIB, the CAA indicated that this application did require a rapid turnaround but stated there were no time pressures,” says the AAIB report.

The CAA’s UAS Inspector and UAS Surveyor who attended the Goodwood demo asked for a private demo flight but were told it was not possible in the time slot allotted. They were also unable to attend the pre-flight briefing, which they had requested.

The CAA team were also unaware that the Airspeeder had made an unsuccessful flight the day before, resulting in a hard landing. “Although required to do so under the regulations, the OSC and the exemption, this accident was not notified to the CAA, CASA, Australian Transport Safety Bureau (ATSB) or AAIB,” says the report.

A number of issues were identified with the design and build of the Airspeeder Mk II, including numerous single point failures:

According to the operator, the Airspeeder could not be controlled if one propeller was not working (there are four).

In its conclusions, the AAIB has issued no fewer than 15 Safety Recommendations and both the CAA and the operator have introduced measures to address a number of issues identified during the course of the investigation.