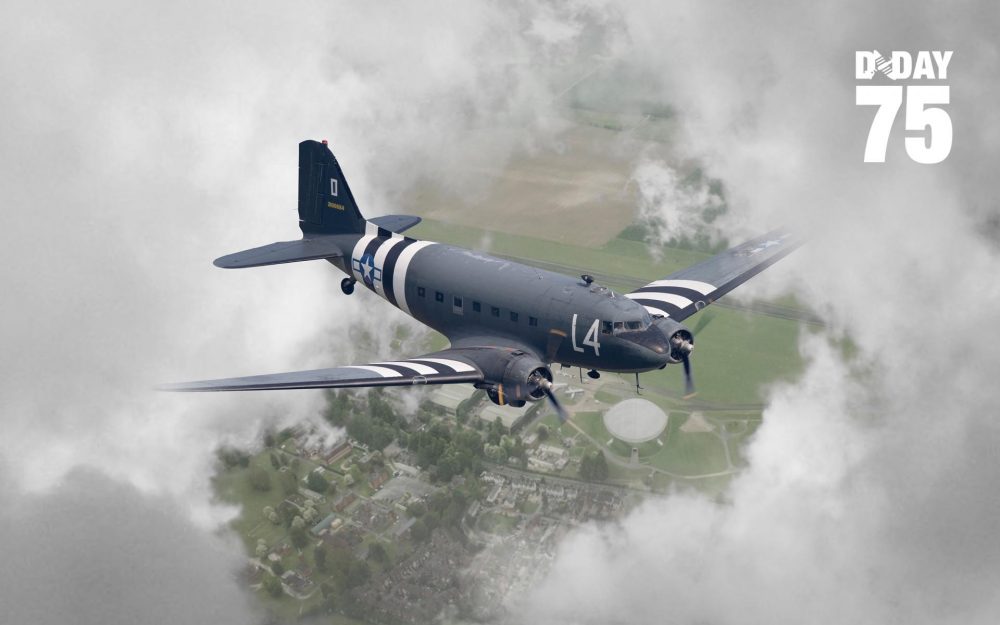 Next week, 4-9 June, will be one of the busiest weeks of the year for the UK’s lower airspace with a combination of D-Day75 events, a visit by US President Trump, start of the cricket World Cup and many other events.

Temporary Airspace Restrictions are expected across various areas of the UK, including the UK’s south coast. Both the Queen and President Trump will be at Portsmouth for a D-Day75 event on 5 June. Solent Airport is also staging a large scale commemorative event.

Duxford Airfield near Cambridge is also busy with the expected arrival of many Douglas Dakota aircraft for Daks Over Duxford, part of the D-Day75 events.

“[It will be] the greatest number of Douglas C-47 Skytrain and Dakota aircraft in one location since the Second World War,” said a Duxford spokesperson.

“More than 30 ‘Daks’ will descend upon IWM Duxford on 4 and 5 June. Over two days, mass parachute jumps and flight displays will take place across the museum ahead of the epic cross-channel flight on 5 June.”

Other cross-channel flights include L-Birds Back to Normandy, which will see Piper Cub L-4 ex-military aircraft in loose formation.

Other GA events that week include the annual microlight Spamfield event at Sandown, the annual National Fly Kids Day at airfields all over the UK, and the annual Guernsey Air Rally.

Pilots are urged to flightplan carefully and to check both notam and AICs for temporary airspace restrictions. AICs already published include the Portsmouth D-Day event, Isle of Man TT, start of the cricket World Cup being held in the UK, and the Queen’s birthday flypast.

Check here for the latest notam and AICs.

Other useful links for D-Day75 events

If it all gets too much for you to go flying, watch the events on TV. The BBC will mark the 75th anniversary of the D-Day landings with a range of special programmes, beginning with the live commemorative event being attended by the Queen and US President Donald Trump.