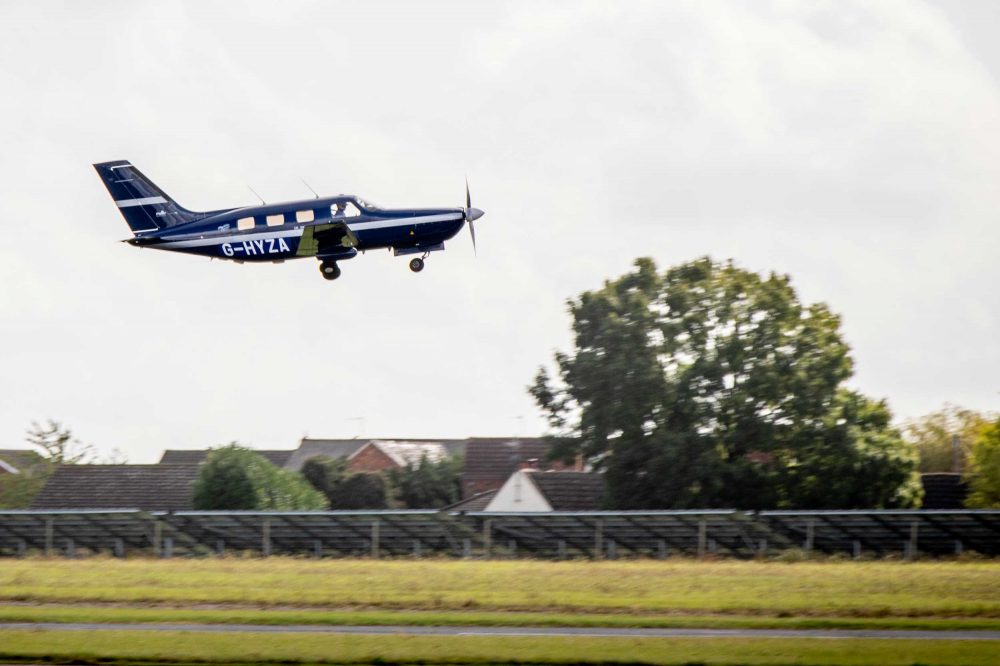 The Cranfield-based company said, “The aircraft landed normally on its wheels in a flat grass field and almost came to a stop, but was damaged as it caught the left main gear and wing in the uneven terrain at the end of the field at low speed.

“Everybody involved is safe, and without injury. The incident was immediately reported to the Air Accidents Investigation Branch (AAIB), and the Fire Service attended on the ground, as is the standard procedure.”

A spokesperson for ZeroAvia said that the flight conformed to the approved test route over the airport, and that the structural integrity of ZeroAvia systems was maintained throughout the incident sequence and there were no unintended hydrogen or electrical releases and no fire.

After the landing, the crew were able to safeguard the battery and safely release hydrogen from the onboard tanks, following ZeroAvia safety protocol. No fluid leaks were observed at the time and full data logs were preserved for use in an investigation.

“These individuals, led by Dominic Cheater, ZeroAvia’s Head of Airworthiness, are independent from the design and operation of the HyFlyer I programme.

“The investigation team will deliver a full review of the incident in collaboration with the UK’s AAIB, in-line with industry best practices and procedures. It will investigate the technical and operational events of the incident, identify its root causes, and ensure we learn from them. The process is already underway and we will share more once it is complete.”

ZeroAvia also confirmed that the incident will disrupt its planned six-seat HyFlyer demonstration programme that was coming to an end in the following weeks.