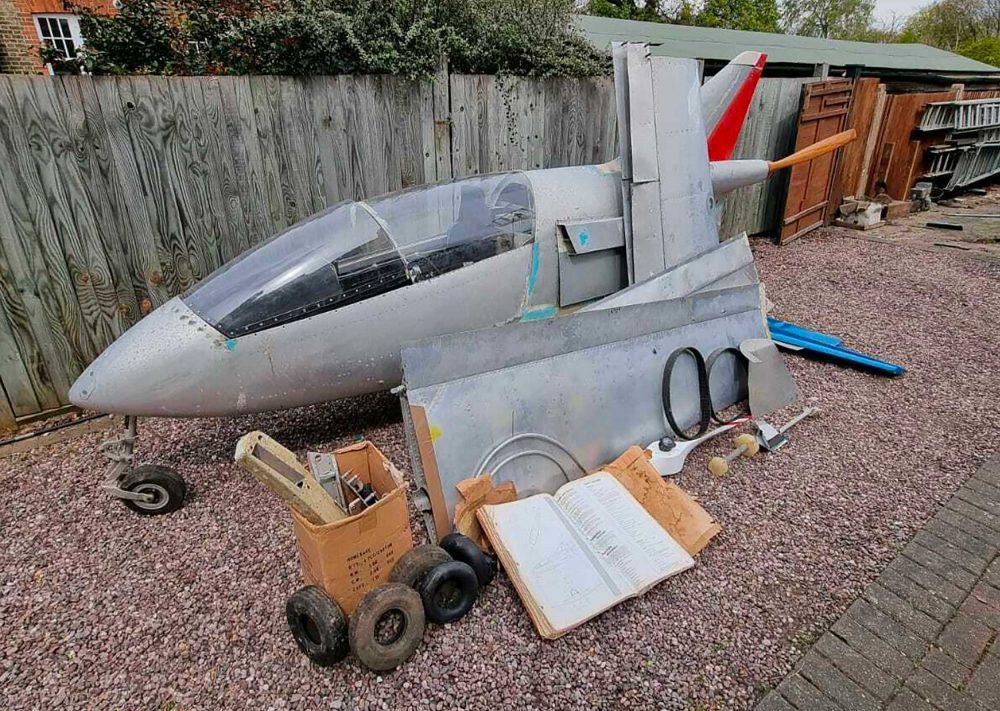 An astonishing ‘barn find’ has surfaced on ebay: a Bede BD-5 kitplane, the propeller powered version of the Bede mini-jet as flown in the James Bond film, Octopussy.

The aircraft is up for auction in ‘as found’ condition after being found in the garage of an elderly gentleman in Beckenham, Kent, according to the seller.

A quick search on G-INFO reveals Malcolm Donald McQueen registered a Bede BD-5G, the piston-powered version of the BD-5, in 1981 as G-BJPI. It doesn’t appear to have been completed or flown.

The eBay ad says there are spare parts with the aircraft and complete build instructions. “It will need some work to get back to pristine condition but what a project!” says the ad. “The whole plane will fit into a Luton van. Collection only from Beckenham, south London.”

Looking at the parts, the engine looks to be a 793cc Hirth Model 230R ‘Honker’ aircooled two-stroke, producing 70hp and normally used in snowmobiles of the period.

Does anyone know more about Malcolm McQueen and his Bede BD-5G kitplane project?