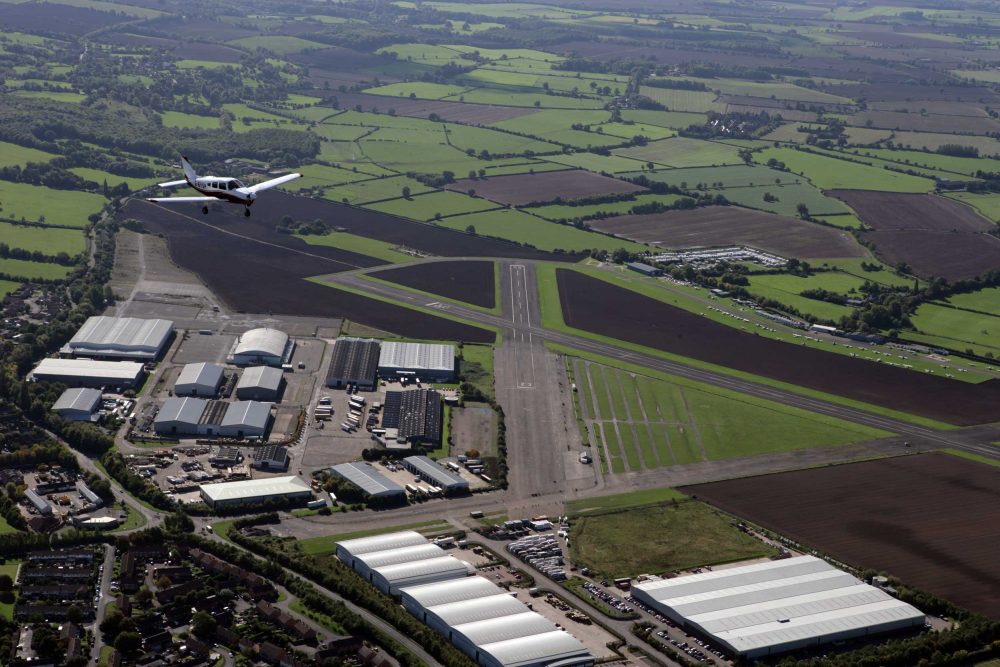 It’s looking increasingly likely that Wellesbourne Airfield will close at the end of September.

The businesses on the airfield have been told this week that they cannot appeal again on the court ruling regarding the renewal of their leases which run out on 30 September. Many of the businesses are now making plans to relocate.

The airfield is the centre of a dispute between the landowners and developers who want to build houses on the site, and Stratford-on-Avon District Council which wants it to remain an airfield.

The council has started the process of a Compulsory Purchase Order but this is unlikely to come to fruition by the end of September.

A spokesman for the council told FLYER, “We are aware of the outcome of the tenants’ legal action which is entirely separate from the CPO process. We would like to reiterate our stated Core Strategy policy objective that aviation should continue at Wellesbourne Airfield.

“The council can confirm that the government requires authorities to use CPO powers when it is expedient to do so. Consequently, we are engaged in ongoing discussions with the landowners in relation to securing the future of the airfield.

“Whilst these discussions are legally privileged and confidential at this stage, we are pleased that the landowners have come forward with constructive proposals that merit proper consideration.

“The council has been clear throughout that the future use of the airfield must accord with the adopted Core Strategy policy objectives. Whilst the council is considering working collaboratively with the owners to secure these objectives, if it is clear that continued aviation is in doubt, then the council will take the necessary steps to make the Compulsory Purchase Order, if expedient to do so.”

In return, the landowners, Littler Investments, issued this statement: “The owners of Wellesbourne Airfield are pleased that yesterday’s Court of Appeal decision brings to an end the protracted process to resolve the legal status of the current tenancies. Despite the many public comments to the contrary, the owners’ approach has been found appropriate and lawful on three occasions; by a District Judge, the High Court and now the Court of Appeal.

“The owners have been unable to make any firm plans about the airfield’s future until the repeated legal appeals were concluded. However, we are engaging constructively with the council to look at options for the future of the airfield and hope that these positive discussions will find the right solution for the site.”

Businesses on the airfield

Rodney Galiffe, who runs South Warwickshire Flying School at the airfield, told FLYER, “SDC has commenced CPO procedures and the first stages is to have meaningful negotiations with the landlords.

“Commercially appointed expert valuers have produced valuations based on two or three options that are placed before the landlords for their careful consideration.

“Meaningful negotiations are at present taking place and all the businesses are in the forefront of these negotiations and the valuations.

“On Track Aviation have relocated their premises to an industrial estate within a mile away in Wellesbourne.

“Heli Air have signed agreements with the landlords and will vacate along with The Touchdown Cafeteria and our goodselves on 30 September 2019 when our lease comes to an end.

“If negotiations are not successful between SDC and the landlords, then the next legal steps in the CPO will be initiated. This next procedure and its legal conclusion can take up to and over a year from now.

“We are aware that many, many local councillors want the next stage in the CPO to be commenced without delay as the matter has been dragging on now for five years.

“We are preparing to relocate and at the same time are optimistic that a sensible and satisfactory conclusion could be reached in the negotiations leading to a welcome outcome that will ensure and secure flying functions at the aerodrome for all the businesses and the nation.”

Another business at Wellesbourne, Take Flight Aviation, is also looking at relocating and has already opened a base at London Oxford Airport. Boss Mike Roberts, who launched the Save Wellesbourne fund, said, “The Littlers gave evidence in court that they have been deliberately running down the airfield, wish to cease aviation activities at the airfield and obviously end the businesses’ leases.

“If the Littlers are engaged with discussions with the local authority, discussions which we understand have been going on for some years, how does this square with the evidence given in court that the Littlers want to cease aviation activities at the airfield and there is no potential of the buildings being re-used for aviation related purposes in the future?”