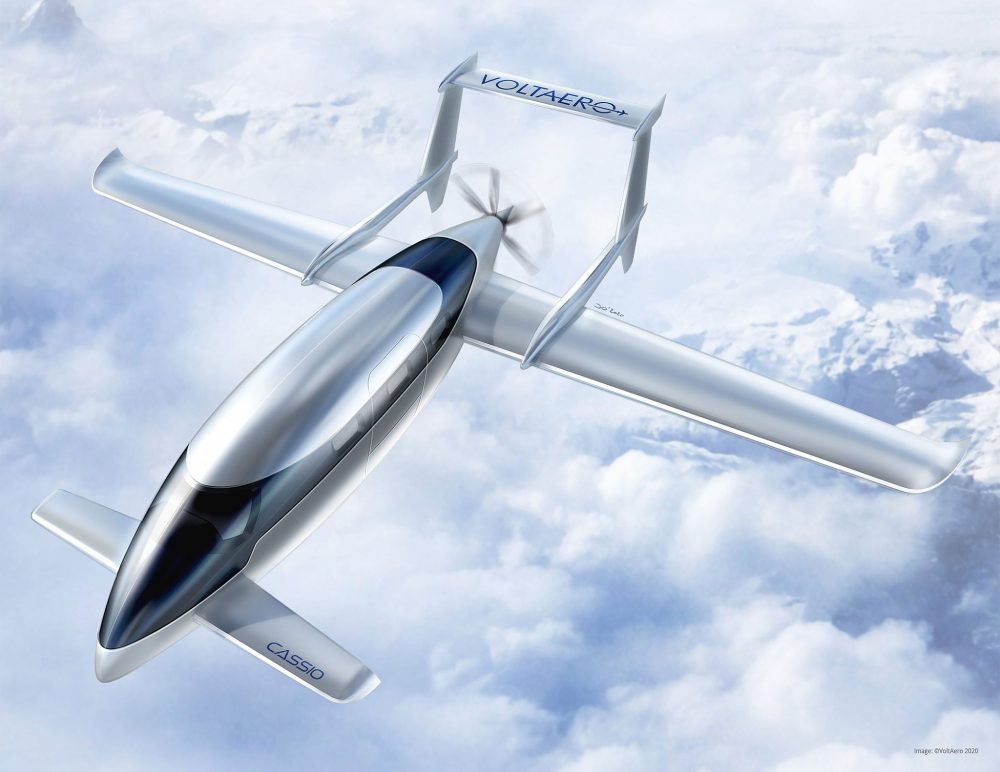 +VIDEO French company VoltAero has tied up with Belgium’s Sonaca Group to develop the airframe for its Cassio family of 4, 6 and 10 seat hybrid-electric aircraft.

Sonaca Group produces the two-seat Sonaca 200 training aircraft but also has extensive aerospace manufacturing expertise. The company will take Cassio from its current design status into a production-ready aircraft and will oversee the aircraft’s manufacture.

VoltAero’s design for Cassio is based on an aerodynamically-optimised fuselage with a forward fixed canard and an aft-set wing with twin booms that support a high-set horizontal tail.

Propulsion is provided by a hybrid-electric power module in the aft fuselage ‘pusher’ position. This has a cluster of electric motors with an internal combustion engine that serves as the range extender.

Hugues Langer, Sonaca’s Chief Technology Officer, said, “Through our teaming arrangement, VoltAero will benefit from Sonaca’s capabilities as one of the world’s top 10 aerostructures companies, bringing our experience to transition Cassio from design into a production-ready aircraft.”

VoltAero plans to offer Cassio in three versions, each sharing a high degree of modularity and commonality. They are: