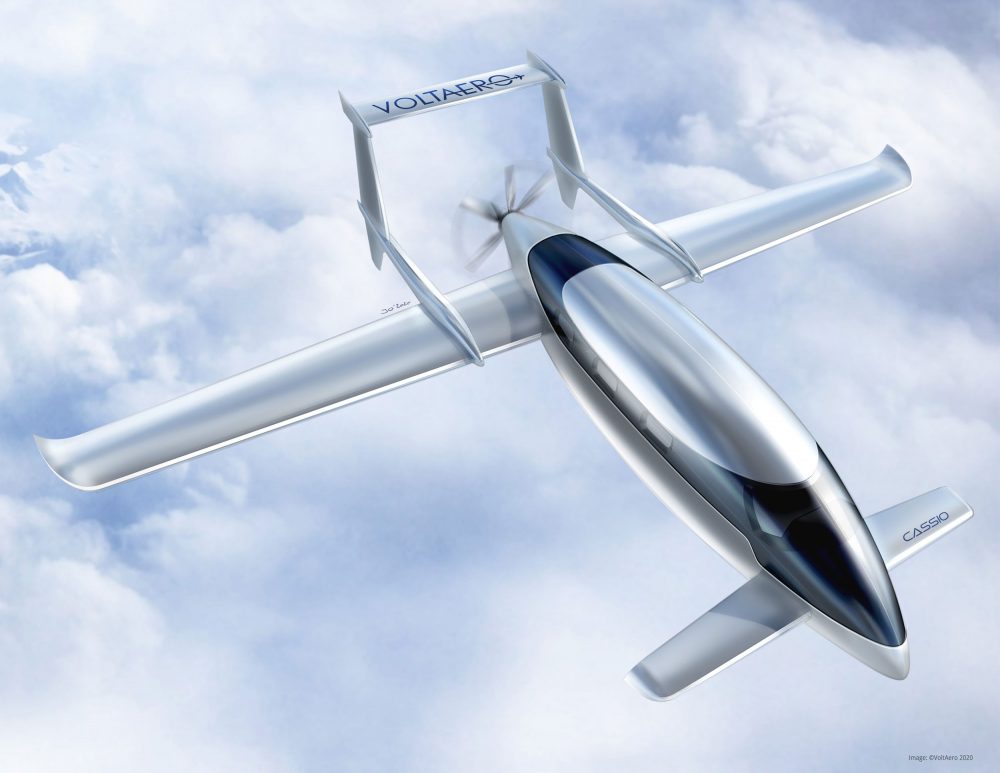 French startup company VoltAero has revealed the production design for its Cassio aircraft, powered by a hybrid-electric module.

It’s a radical design with a canard front wing, sleek fuselage and twin tail booms between which is the rear-facing pusher propeller.

VoltAero’s hybrid-electric power module has “a cluster” of electric motors with a high-performance internal combustion engine that serves as the range extender.

The powertrain currently is being validated on VoltAero’s Cassio 1 flight test aircraft based on a Cessna 337.

“It benefits from our team’s unmatched experience in hybrid-electric aviation, as well as the ongoing full-scale flight testing that removes the risk as we move toward the production phase.” 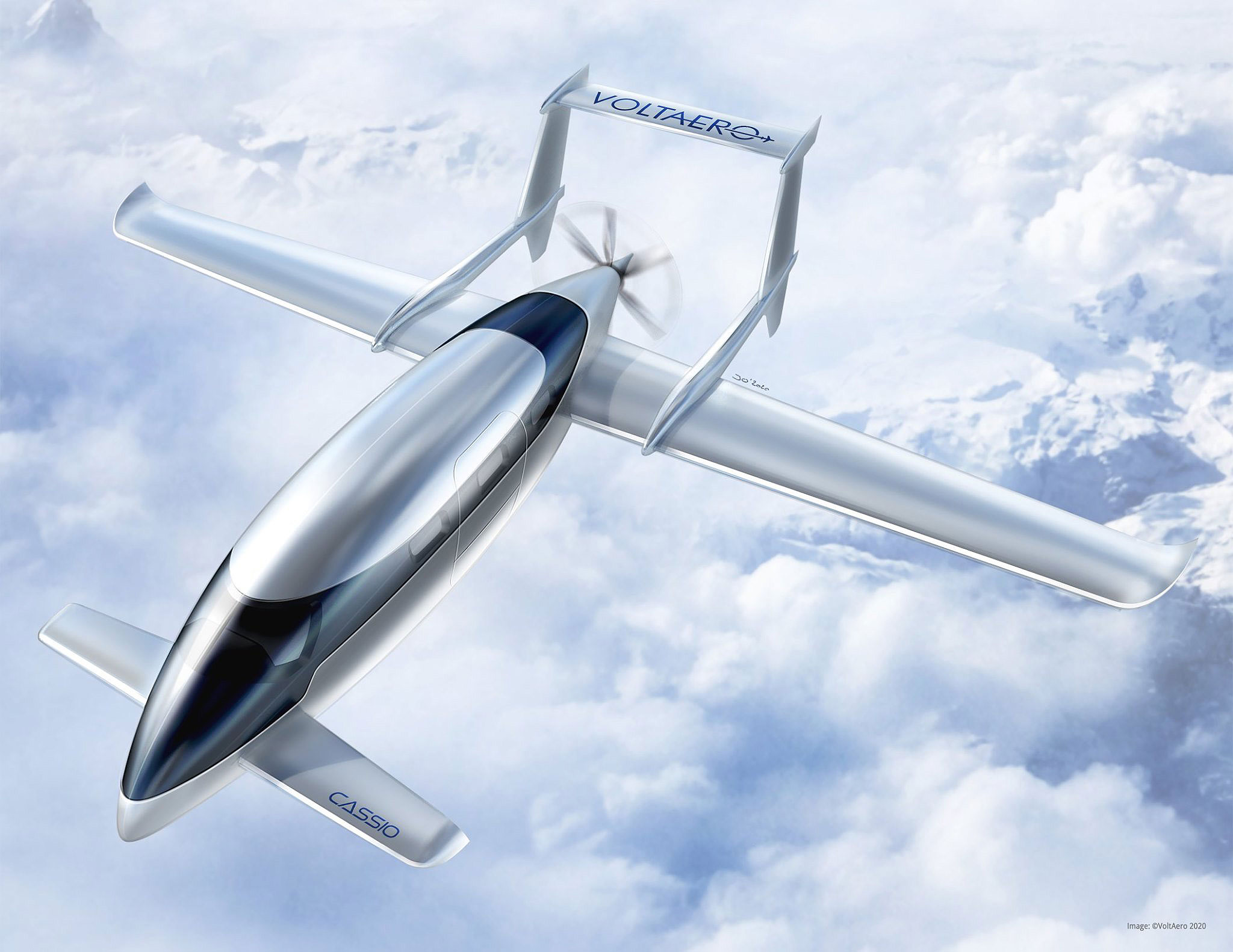 The aircraft will be manufactured at a purpose-built final assembly line in the Nouvelle Aquitaine region of southwest France. Licensed production opportunities will be pursued in North America and Asia.

Initial deliveries are targeted for the end of 2022, beginning with the four-seat Cassio 330 version.