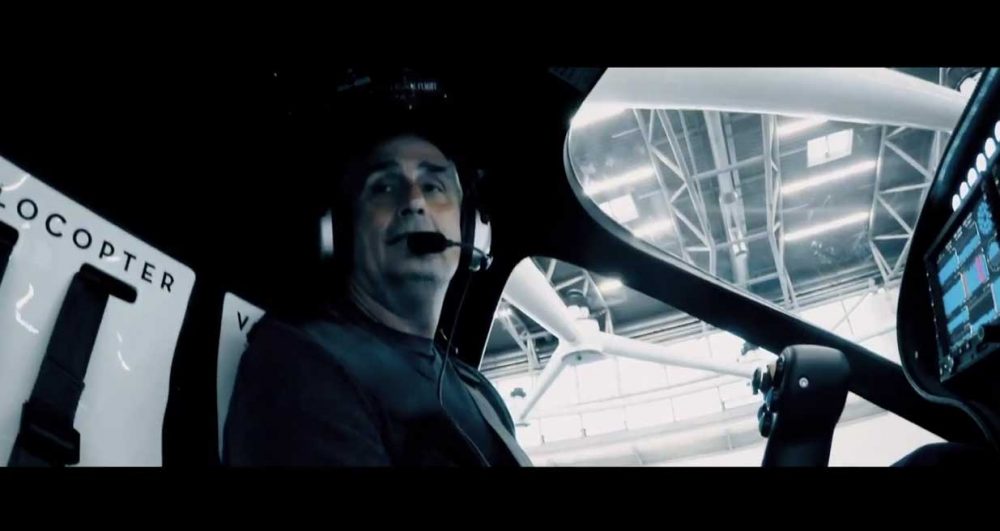 If you’re going to fly your first passenger in a high-tech autonomous aircraft, like the all-electric Volocopter, then why not go for the boss of Intel?

So that’s what German air taxi company Volocopter announced at the keynote speech at the opening of this year’s Consumer Electronics Show in Las Vegas: Intel CEO Brian Krzanich was the very first passenger.

“That was fantastic. That was the best flight I have ever had. Everybody will fly one of these someday,” said Krzanich after completing the flight.

The flight was remotely piloted and took place in an exhibition hall in Germany in December 2017. In the video above, it looks very much like Hall B6 at Friedichshafen Messe, where the annual AERO show is staged.

“Autonomous Air Taxis are coming,” said Florian Reuter, CEO of Volocopter. “Nothing shows our confidence better than taking a passenger aboard. We are happy it was Brian Krzanich of our strategic partner Intel.

“Although the Volocopter might resemble a helicopter, it really is a flying super computer creating a pleasant and safe ride.”

Volocopter has been flying test flights in Dubai for some time, and its first commercial application will probably be in the UAE city.

“The smooth flight is enabled by dozens of microprocessors monitoring the environment for turbulences, winds, etc. and sending signals in milliseconds to the rotors. These can react and perform the slightest adjustments instantly due to their battery powered electric motors.”