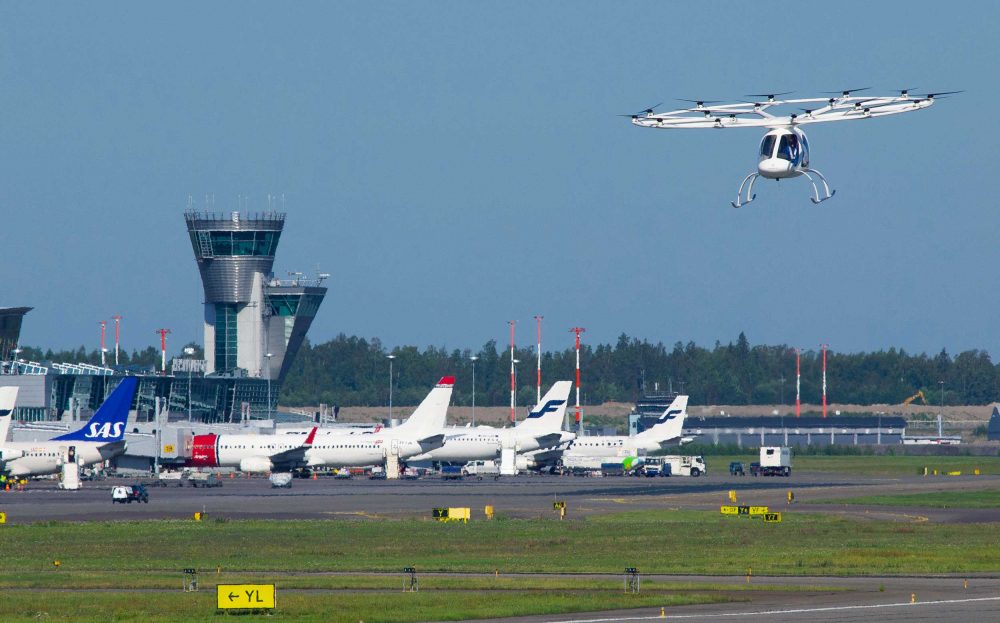 +VIDEO The Volocopter 2X flying prototype air taxi has taken its first step towards working with other airspace users.

The Single European Sky ATM Research (SESAR) Programme is the technology pillar of Europe’s ambitious Single European Sky (SES) initiative to create one coordinated and integrated airspace for commercial, general and drone aviation alike. It pools all EU research and development activities in ATM, with more than 3,000 experts from around the world to develop the new generation of ATM.

For the tests, Volocopter integrated the necessary software and hardware (position report sensor) to perform different test scenarios including ground tests, unmanned and piloted flights. It shows that Volocopter can avail itself of a variety of existing UTM services once in operation.

“We are happy to say that all providers we tested were compatible with the Volocopter systems,” said Jan-Hendrik Boelens, CTO of Volocopter.

“As a member of the SESAR consortium, we have the rare opportunity to work at the forefront of integrating ATM/UTM with all relevant stakeholders at the table: regulators, airports, air navigation service providers and UTM providers.

“This pan-European ATM initiative puts another indispensable part of Urban Air Mobility ecosystem into place. We know that air taxi technology is viable: certification has been defined by the EASA, we will build our first VoloPort infrastructure before the year is out and with the GOF U-Space demonstration we have now shown that the existing UTM technologies are viable for UAM.

The Volocopter will next fly publicly in Stuttgart, Germany on 14 September and present its VoloPort structure later this year in Singapore.