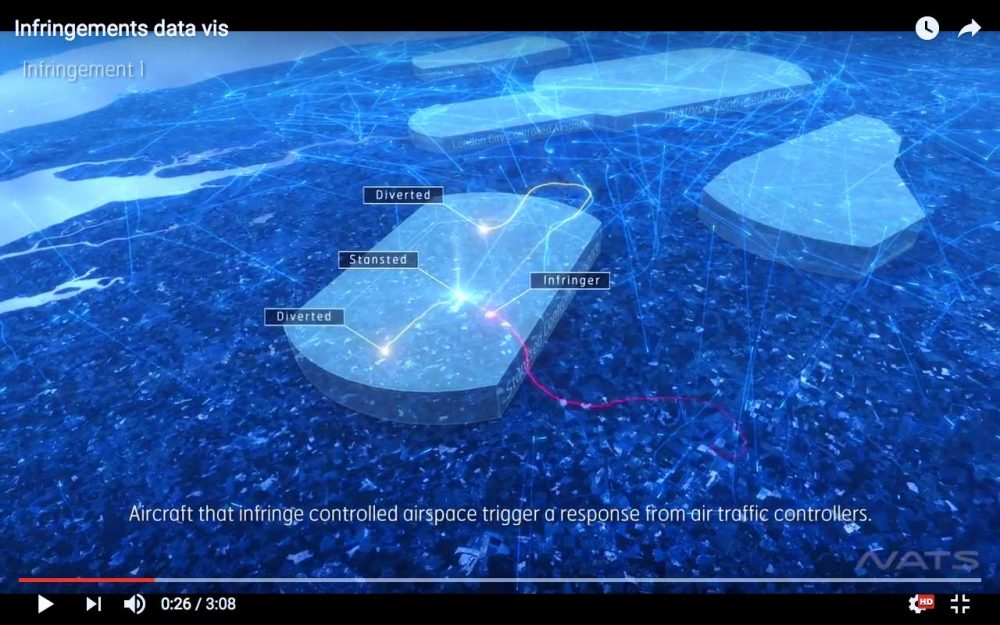 This incredible video from NATS shows the effect of infringements into controlled airspace around the crowded skies of south-east England. Some of the infringements are almost unbelievable – one pilot blunders through Stansted airspace, creating havoc, then continues onto Heathrow doing the same!

Another starts off creeping round the western edge of the London TMA but then heads east almost to the threshold of Heathrow’s runways. He must have seen the runways and realised his mistake because he immediately turns south and exits… with airliners waiting in the hold in the meantime.

NATS says, “There is a concentration of infringements in the airspace surrounding Heathrow, Luton, Stansted, Southampton, Gatwick and London City airports. Each of these incidents has a serious impact on airport operations, disrupting arrival and departure procedures, delaying passengers and increasing the workload of controllers and pilots as they take action to ensure the safety of all affected aircraft.”