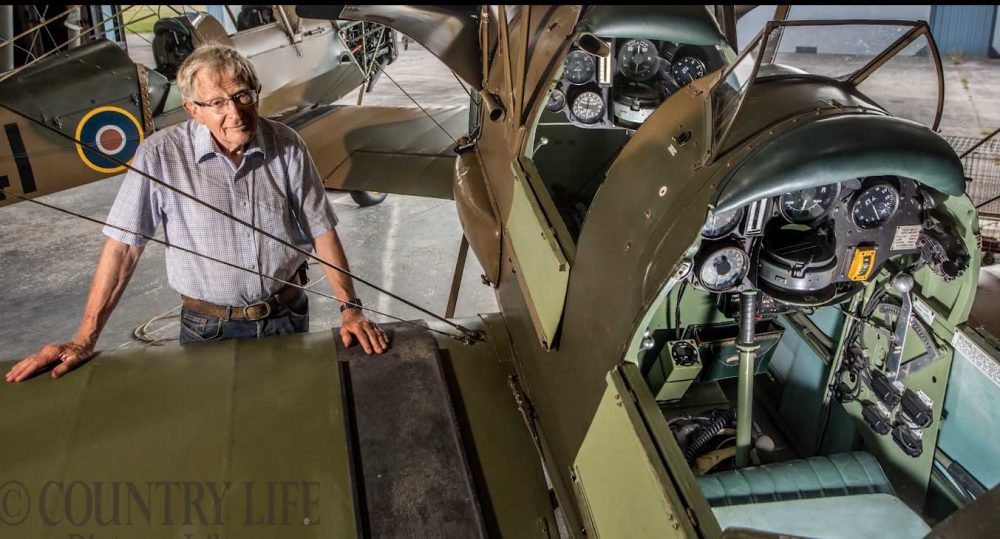 Kevin Crumplin is dedicated to the de Havilland Tiger Moth. He’s rebuilt six Tiger Moth aircraft back to their original military specification – but for flying, not to sit idly in a museum.

Two of the aircraft are now based in the Czech Republic and earlier this year were flown ‘home’ to Kevin’s company, Tiger Moth Training, at Henstridge Airfield in Somerset for essential maintenance. Film-maker Ian Bruce and his son Andrew captured the visit on video.

“We simply couldn’t resist this unique opportunity to capture on film all six of Kevin’s ‘chickens’ together,” said Ian.

“The video highlights the exceptional skills demonstrated by Kevin and the other Tiger pilots when flying in close formation in very blustery conditions.

“It depicts the highest standards of airmanship when the pilot of one of the Czech aircraft had to deal with an engine failure during take-off. Fortunately for us, Charlie Huke’s superb ‘text book landing’ in an adjacent field was caught on camera for everyone to see. Absolutely brilliant!

“Most importantly, the video recognises the extraordinary dedication and determination shown by Kevin in successfully completing this amazing project.

“It’s no exaggeration to say the world would be a much emptier and duller place without inspirational people like him.”