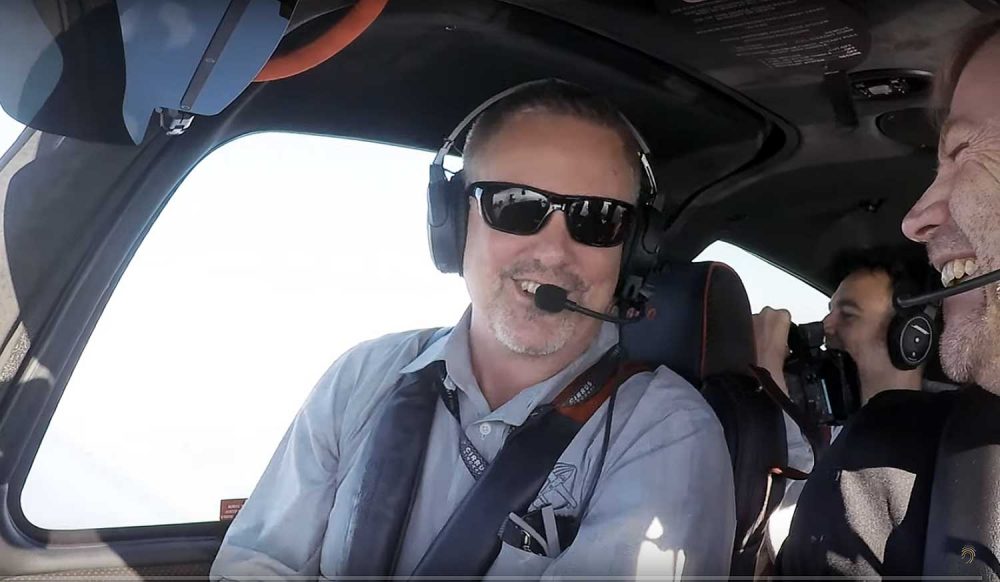 A series of aviation videos with a difference. They’re interviews with notable entrepreneurs in aircraft while visiting key locations that influenced the subject. Subject number one: Dale Klapmeier, co-founder of Cirrus Aircraft.

The idea came from Stephen Newton, who founded and is CEO of London-based management consultancy Elixirr Consulting, and is an enthusiastic pilot.

The 40-minute episode starts in… what else but a Cirrus SR22.

Right off, Klapmeier sets out the critical difference that gave Cirrus its edge. It is a lifestyle company, not an aviation manufacturing company. Their goal is to make GA a first choice for the passenger (read ‘spouse’ in 9 out of 10 cases), and that way the pilot will get to fly more.

As Klapmeier says, “It’s easy to sell a pilot a slick new airplane but every pilot… has somebody else that they answer to.”

From the Cirrus HQ in Duluth, the team fly down to Baraboo, Wisconsin, to the Klapmeier family farm where Dale and elder brother Alan first dreamed of an aircraft company.

With a mix of on-site commentary and rare personal photos, Dale tells the entire story from being driven to the airport as a baby (so his mother could get a break), learning to fly before he could drive, buying a wrecked Champ without his parents’ prior permission or knowledge, right through to the long years working on their radical VK-30 design, and how that experience tempered and steered them toward the aircraft that would become the Cirrus SR-20.

From Baraboo, we’re taken north to Oshkosh and the EAA museum, as Dale recounts his and Alan’s last minute decision to buy a Glasair I kit over the Vans RV-4 they’d gone to Airventure to purchase. Looking ahead to the sleek all-composite Cirrus line, Vans’ loss was GA’s gain.