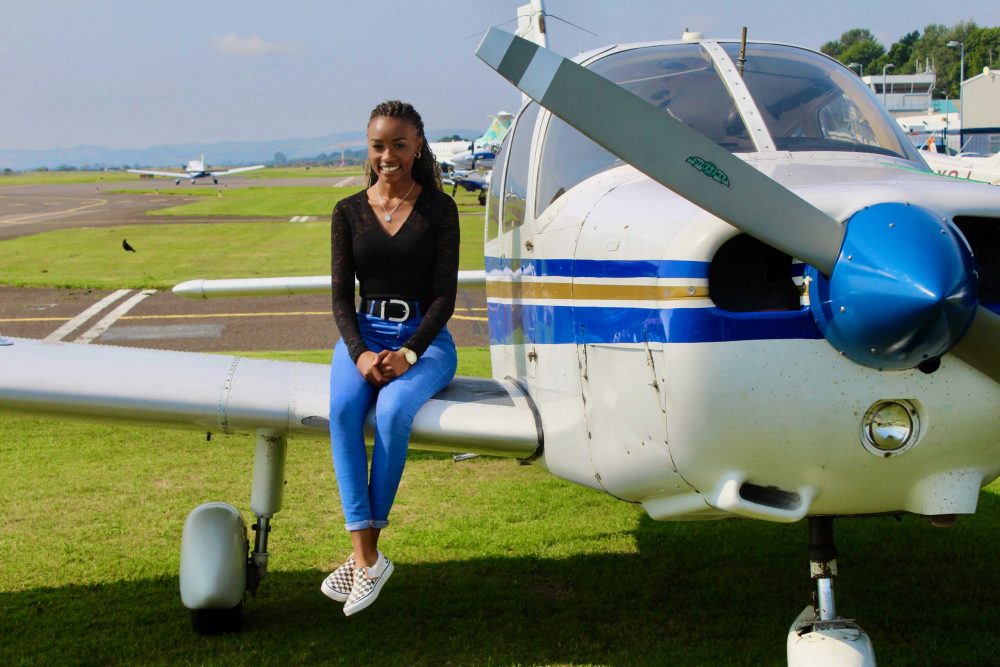 The Air League has awarded more than £120,000 worth of flying, gliding, and engineering scholarships and bursaries this year.

Seven scholarships in total have been awarded – one full PPL and six additional 5-hour scholarships – to current or past of members of the Air Training Corps to commemorate the seven decades of Patronage the Duke of Edinburgh gave to the Air League.

The Prince Philip Flying Scholarship for a full PPL has gone to 20-year-old Venessa Njoki.

Venessa was born in Kenya and moved to the UK aged 7. She attended 393 (Finchley) Sqn RAF Air Cadets for five years where she completed her Gold, Silver and Bronze Duke of Edinburgh award.

In 2020, she aged out as a Cadet Warrant Officer and was subsequently commissioned to continue her adult service as a Pilot Officer, where she is also a D of E assessor. She is currently working as a health care assistant and is planning a career within aviation or aerospace.