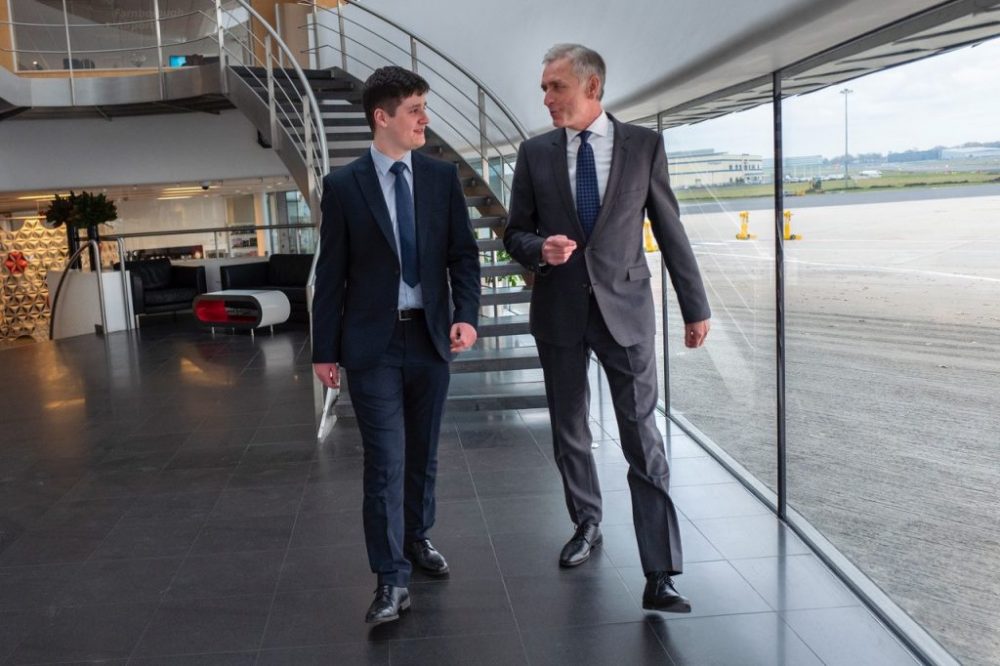 Farnborough Airport has announced that 18-year-old local lad, Tom Ferguson, has been selected from a wide range of candidates to be awarded the Farnborough Airport Flying Scholarship 2019 which provides training towards a Private Pilot’s Licence (PPL).

The Farnborough Airport Flying Scholarship is part of the airport’s ‘Aviation to Education’ programme. Now in its 12th year, the programme engages schools and colleges within the local area to inform and educate pupils and students about the aviation industry.

Tom is currently studying A level Maths, Further Maths and Physics at The Sixth Form College, Farnborough, and hopes to go on to become a fast-jet pilot with the RAF.

Before being awarded the scholarship, Tom completed a highly competitive application process, underwent various aptitude tests and an interview before final selection. He has been training at Blackbushe School of Flying at Blackbushe Airport and the time flown will count towards his PPL.

“I would like to thank Farnborough Airport for providing me with this fantastic opportunity,” said Tom.

“From when I was just a very young boy, I dreamt of being able to learn to fly, with the ultimate goal of becoming a fast-jet pilot with the RAF. This Flying Scholarship has brought me one vital step closer to achieving this goal and allowing me to make my dreams a reality.”