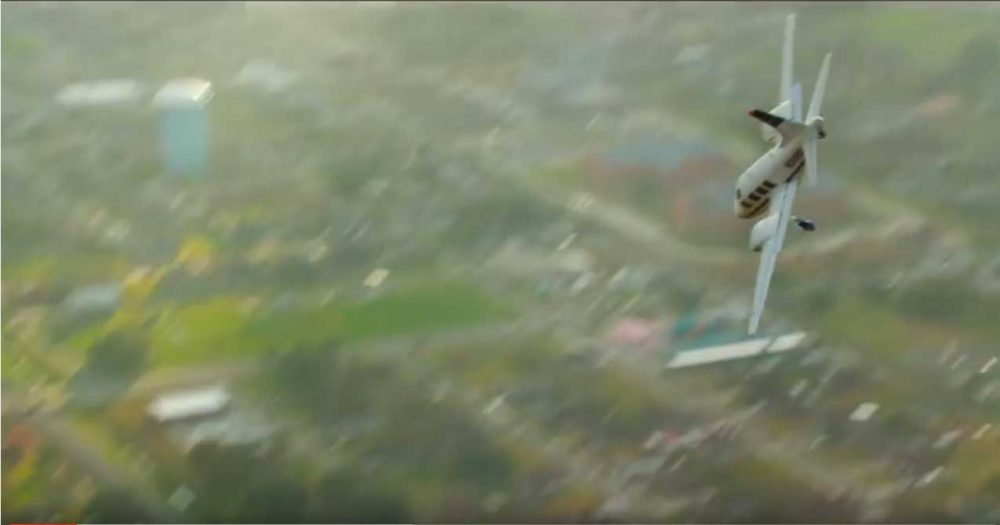 Actor Tom Cruise is reported to have flown the aircraft and carried out all the stunts in his latest all-action movie, American Made. They include a spectacular crash on a road – all in the trailer here:

It’s the nearly true story of pilot Barry Seal who was recruited by the CIA from his nice, safe but boring job flying airliners to flying covert operations, including running guns, money and drugs to South America in the 1980s.