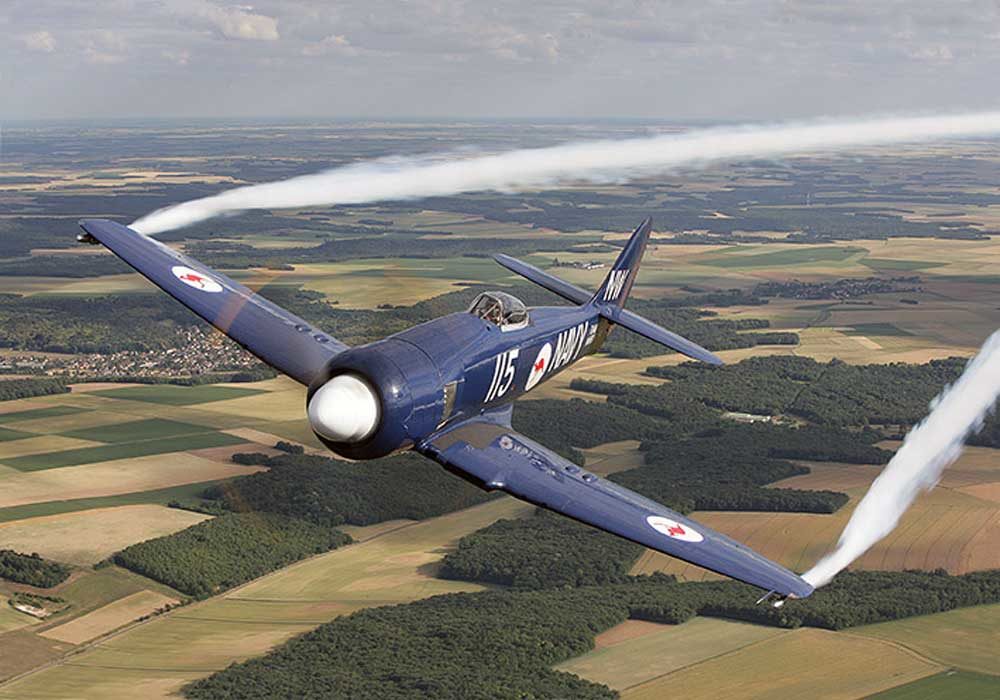 More than 50 Hawker Furys were delivered to Iraq during the 1950s and, upon retirement, were stored in the dry desert environment. The aircraft was among a large cache recovered to the USA from the mid-1970s.

These so-called ‘Baghdad Furys’ provided an injection of high-performance machines into the warbird market, many having the original maintenance-heavy Centaurus engine replaced with a Wright R-3350 engine.

“One only has to look at this magnificent machine to know that it has been lavished with much care and attention during this time,” said a spokesperson. “Consequently, it is not an overstatement to say that this aircraft can indeed lay claim to be the world’s finest Sea Fury.”

In 2007, the Sea Fury was rebuilt by Sea Fury specialist Sanders Aeronautics, and fitted with state-of-the-art avionics and a Wright R-3350-26WD engine.

It was exported to France in 2010 and maintained ever since. During a propeller overhaul at Sanders in 2016, it was decided to replace the Wright engine with the lighter Pratt & Whitney R-2800 CB3.

Aircraft details
1949 Originally built as a Sea Fury FB. Entered service with the Fleet Air Arm as TF987
1958 Converted to a two-seater T.20 (Hawker-Siddeley Aircraft Ltd. – Langley, UK)
1958 Delivered to Iraq
1979 Recovered from Iraq as one of the famous “Baghdad Fury’s”. Shipped to USA
2009 Restored back to a Sea Fury FB.11 (Sanders Aeronautics – CA, USA)
2010 Exported to France