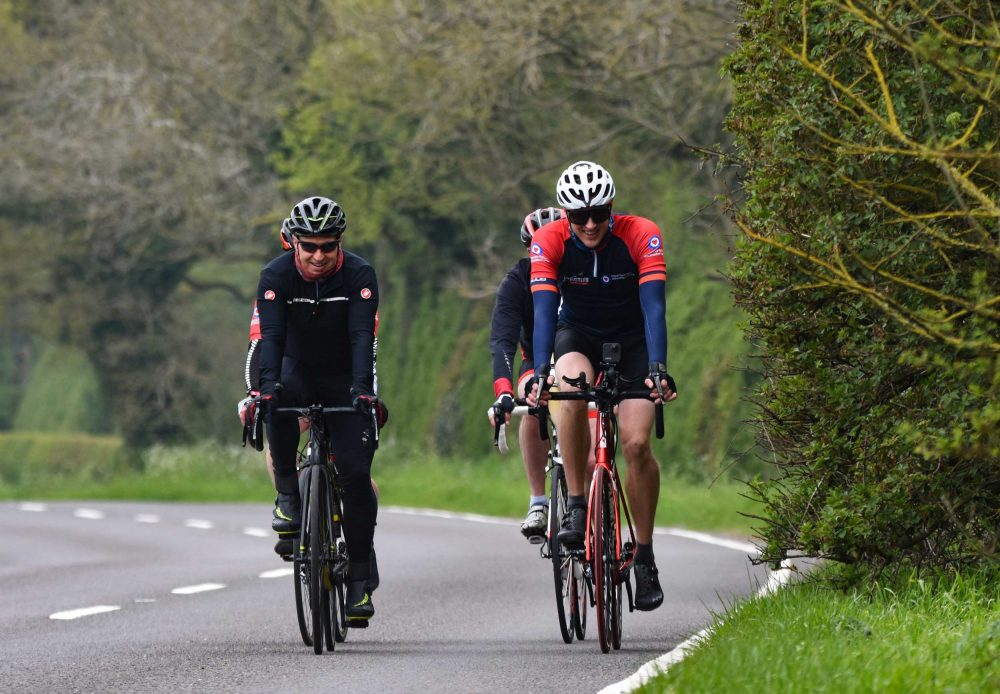 ‘On yer bike’ has a new meaning for members of The Blades aerobatic display team after riding a collective distance of 600 miles to raise £4,300 for the RAF Benevolent Fund.

Eight cyclists from The Blades and the team’s parent company, 2Excel Aviation, split into two groups to take on one-of-two routes around Lincolnshire.

The cyclists saluted some familiar military bases along the route including RAF Cranwell and RAF Scampton, where over half of the team were based during their military careers as fast-jet pilots.

The RAF Benevolent Fund is holding its full ‘Dambusters Ride’ on 3 July but The Blades took this opportunity to celebrate the 100th birthday of the last Dambuster, Squadron Leader George ‘Johnny’ Johnson, MBE, DFM. 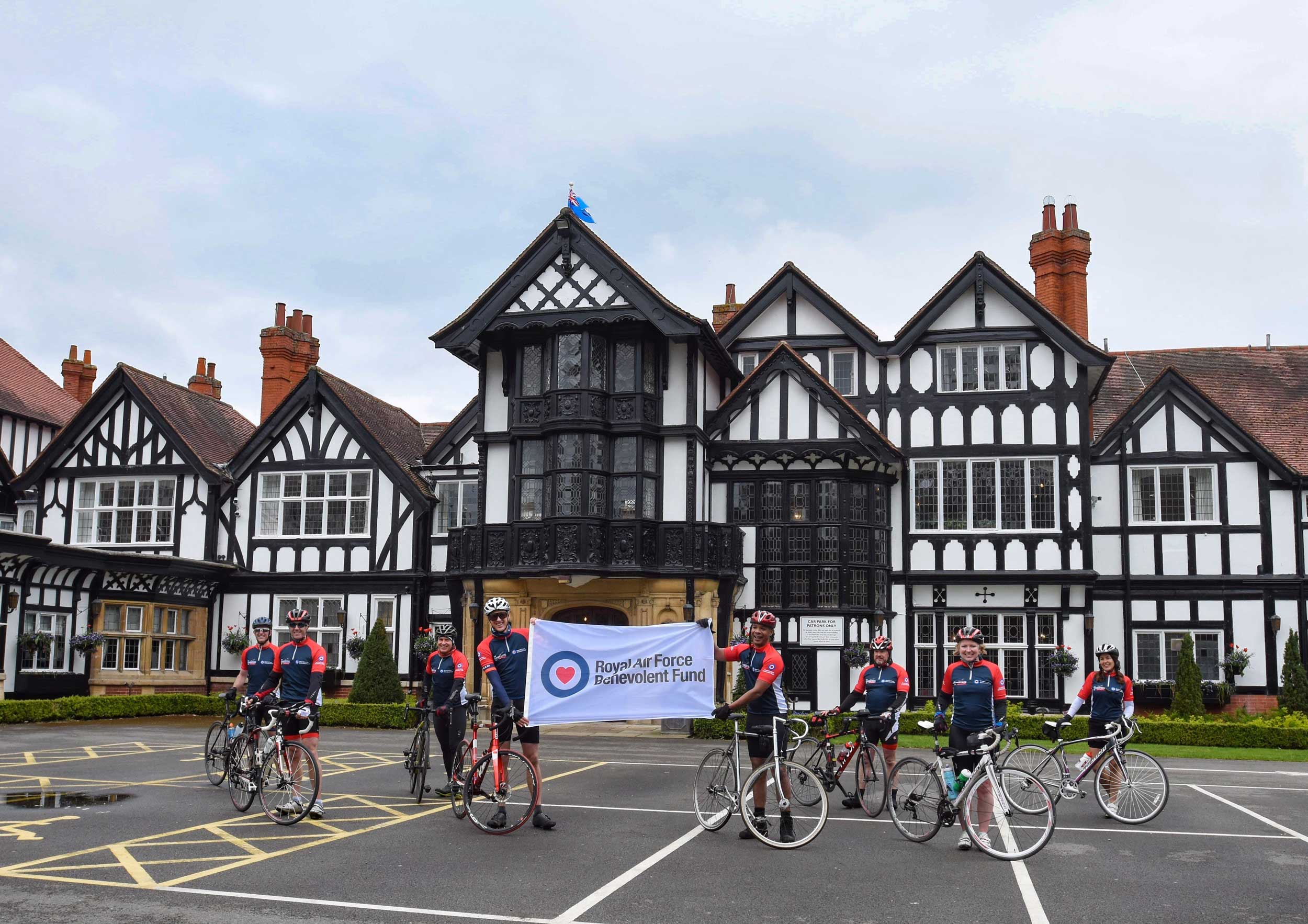 Team Captain, former Typhoon pilot, James McMillan, said, “Having only got a road bike last year, I have to admit the idea of riding 100 miles in one day is pretty daunting! Like a lot of people have discovered during lockdown, I have found the ability to go out for a ride has been key to my well-being and it has been wonderful exploring on my bike.

“When the opportunity came up to take part in fundraising for the RAF Benevolent Fund, it seemed like a fantastic opportunity to promote the upcoming bike ride by doing the challenge ahead of the main event and raise money for the charity so close to our hearts. The Fund supports the RAF Family with a variety of services including mental wellbeing, which is so important during this time.

“I hope that our efforts and achievements will inspire those who will be cycling the same routes in Lincolnshire in July. On behalf of the Blades and 2Excel Aviation, it’s been a real honour to participate in the Fund’s fundraising challenge. A huge well done to the team and a heart-felt thanks to those who has donated to the cause so far.”

RAF Benevolent Fund spokesperson, Hemma Gooljar, said, “What a feat! Year after year, the Blades team go above and beyond to support the RAF Benevolent Fund, and this challenge epitomised that dedication perfectly.”

The Dambusters Ride on 3 July 2021 has been organised to salute the heroism of 617 squadron during the pivotal bombing raid that helped to determine the eventual outcome of WWII.

The cycle route, in Lincolnshire, passes landmarks in the East of England that are significant to 617 Squadron and to specifically to Johnny Johnston. The route starts at Petwood Hotel then passes RAF Scampton, where the Dambusters flew from, Highfields School in Newark, where Johnny taught after his service during WWII, ending back at Petwood Hotel.