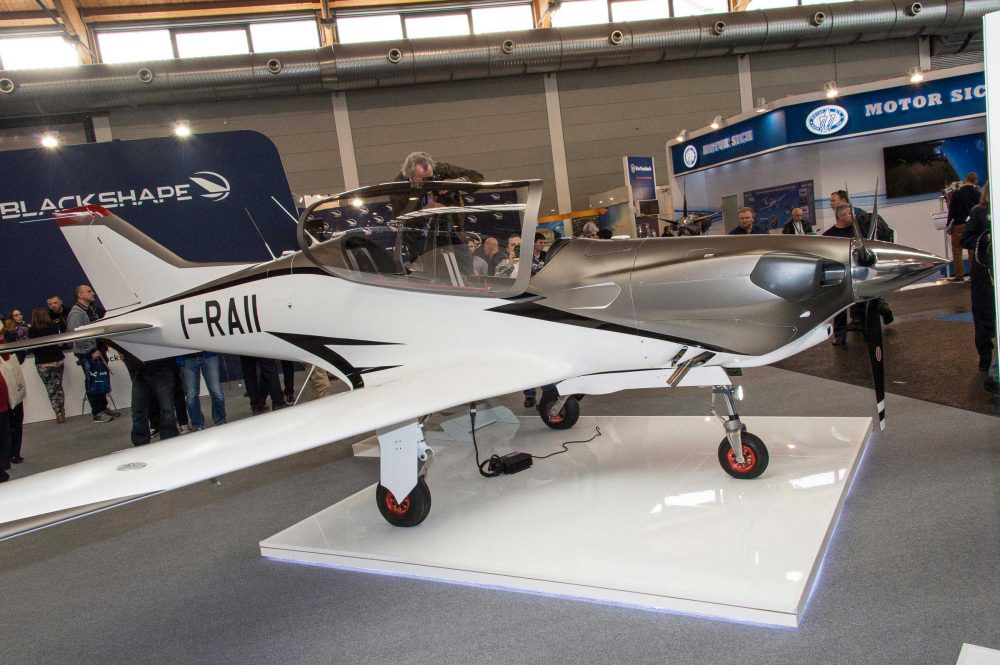 The Gabriel has been certified by EASA to CS-VLA (Very Light Aeroplanes) issued just two days ago (3 April 2017). It is a single-engine, low-wing aircraft with retractable undercarriage and a Hartzell Raptor variable pitch prop, powered by a 160hp Lycoming IO-320 engine.

Performance is outstanding with a Vne of 172kcas, max cruise speed of 150kcas. Load limits are +5/-2.5 g so gentle aerobatics are permitted. Takeoff roll is said to be 250m, landing roll 190m and max rate of climb 1550ft/min.

Max takeoff weight is 750kg but useful load is just 220kg. With two 80kg people on board, that leaves 60kg for fuel (84 litres of avgas) which is just over two hours’ flight time.

Blackshape was founded in 2010 and is owned by Angelo Investments, a high-tech investment company with interests in space, aerospace, electronic and bio-medical sectors. It’s located in what’s called the Apulian Aerospace District, in Monopoli, Italy, where more than 50 aerospace companies are based.