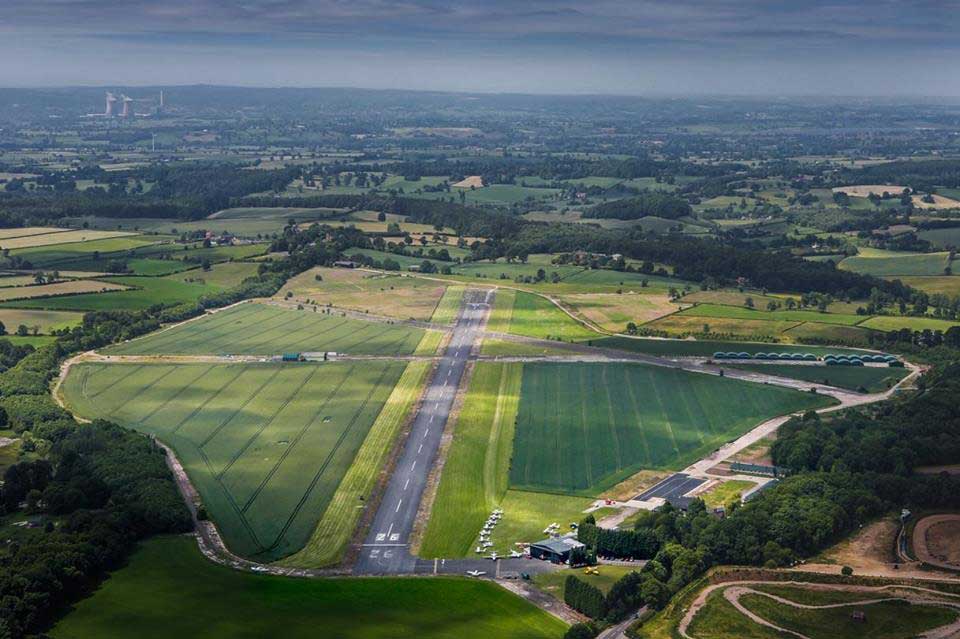 A quiet revolution is taking place at Midlands airfield, Tatenhill, 5nm west of Burton on Trent. A disused runway is about to re-open and with activity building, a seven-day air/ground radio service is being considered for later in the year [edited 13 March 2018].

The extra activity is mainly down to two flying schools on site, as well as private flights.

Runway 04/22 has been closed for many years. The surface had deteriorated and become overgrown. Now, volunteers from East Staffordshire Flying Club and Tatenhill Aviation have cleared the runway and repaired the 1940s concrete beneath. The runway will be receiving a new tarmac top coating in early April allowing the runway to be reopened shortly after.

Also recently installed is a Pilotaware OGN antenna array to detect gliders in the area.

“The Hill is improving its facilities to face the challenges of the future,” said Neil Houghton, chair, East Staffordshire Flying Club.

Tatenhill Airfield was built, like so many airfields, in the early part of WWII, and operated by the RAF, initially as RAF Crossplains and later as RAF Tatenhill. It was built using the standard RAF spec of three co-intersecting runways, but currently only 08/26 runway remains operational. A wartime Bellman hangar is located at the northeast corner and remains in use for aircraft servicing and repairs.