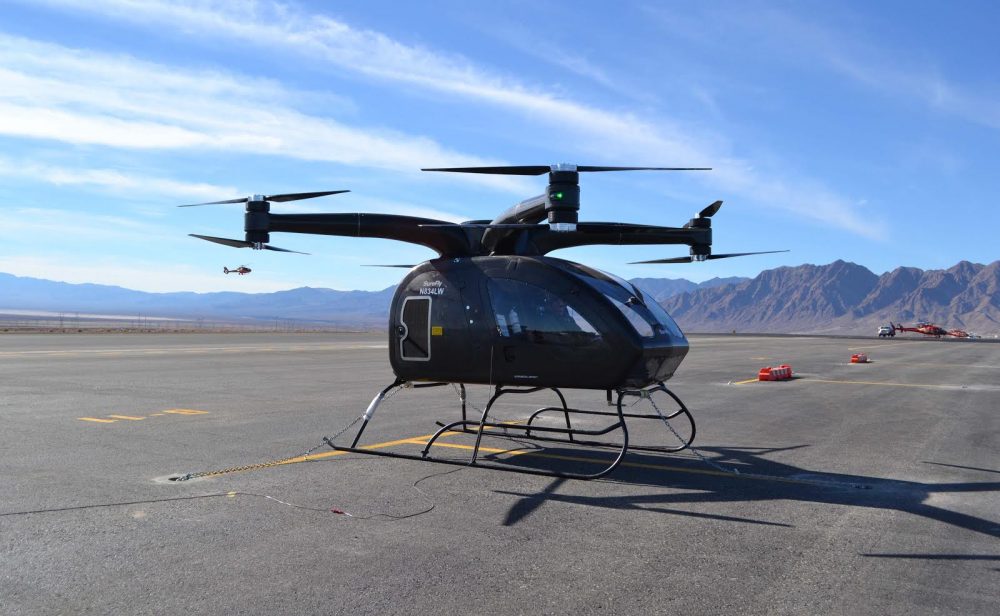 +VIDEO The SureFly hybrid-electric eVTOL has started the process of type certification with the Federal Aviation Administration (FAA).

SureFly has eight electrically driven props that are powered via a piston or turbine based generator. The craft also has a small lithium battery designed to power the motors for a safe descent and landing should the generator fail in flight. In addition, the SureFly design has a ballistic parachute that works above 100ft of altitude.

Unlike a helicopter with multiple controls, there’s a single joystick to operate the SureFly’s fly-by-wire control system.

“The FAA has yet to certify an aircraft like SureFly,” said Steve Burns, CEO of Workhorse Group behind SureFly.

“We have been working closely with the FAA while we have been under our Experiment Certification status, and we feel that their acceptance of our Type Certification application represents a vote of confidence in our team, our product and the future of electric vertical take and landing aircraft here in the United States,” said Burns.

The FAA has not certificated an aircraft like the SureFly before so much of the FAA’s regulatory certification framework does not apply. Ohio-based Workhorse is working with experts to develop new certification requirements that fit a hybrid-electric eVTOL.