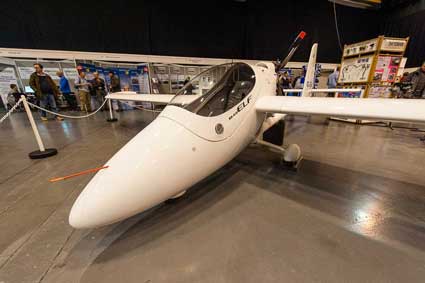 As well as the Tech Pro Merlin having its UK debut at FLYER Live last weekend, several other single-seat deregulated (SSDR) aircraft were having an outing, including:

Silent Electro 2
Also at the show was the Italian Silent Electro SSDR glider. It’s a self-launching glider fitted with an electric motor in the nose and a folding propeller. Price is a competitive 87,000 euro + VAT with 8 sold so far in the UK.

Full report and photos in the next issue of FLYER.