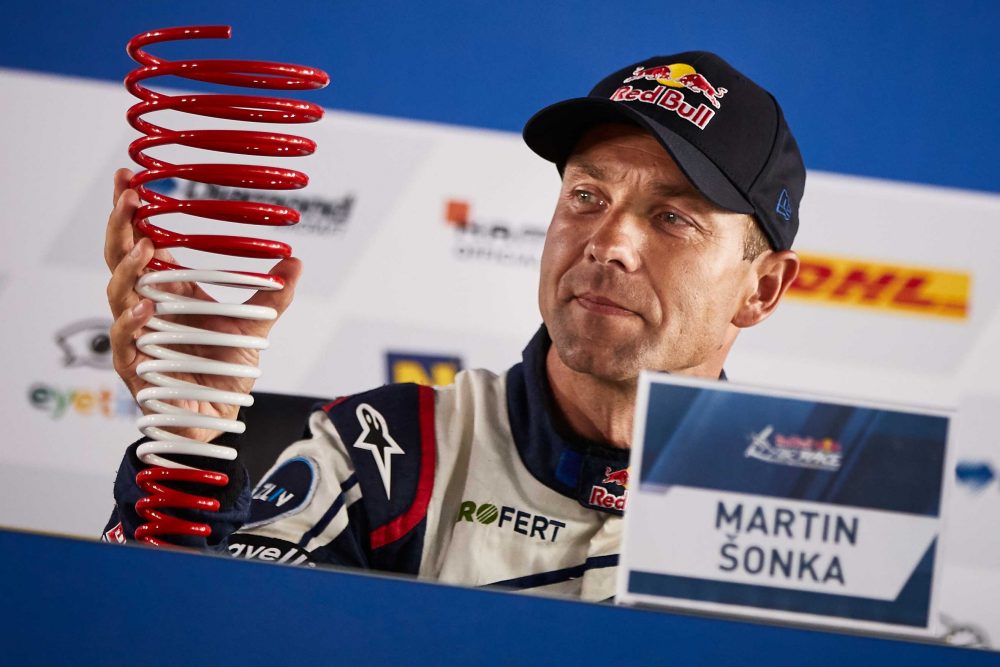 +VIDEO Czech pilot Martin Sonka moved into the lead of the 2018 Red Bull Air Race World Championship at the weekend with his third consecutive win – this time in Austria.

American Michael Goulian, who came to Weiner Neustadt at the top of the World Championship leaderboard, incurred a two-second penalty and lost his head-to-head in the opening Round of 14.

Sonka said: “I can’t describe the feeling of winning three in a row, there are no words. It’s early to say exactly what this means, of course, but because of all the challenges we’ve had, it’s an incredible season for us.

“It’s not the end, there are still 30 points on the table with two big battles until the end of the championship. But we would like to continue this way to the end of the season.”

Australia’s Matt Hall joined Sonka and Muroya on the podium in third. He said, “Martin’s definitely beatable. He’s flying very cleanly, and his plane is obviously pretty fast, but we set the fastest time of the day in the Round of 8 [58.394].

“I flew the same lines again, but my engine was just stinking hot, so it lost a little power. We’re happy that we’re doing the right stuff to be able to win races, so we’ll go from there.”

Britain’s Ben Murphy didn’t have a great race, finishing 13th. He said, “The racetrack is fantastic and the fans are just awesome, among the best crowds we’ve seen. I had a good start and everything was going to plan, and then just off the first VTM (Vertical Turning Manoevre)… I didn’t execute my plan.

“The goal remains the same as it was at the beginning of the season – just to learn as much as we can. So we have to chalk today up to experience.

“We have two more races, and we’ve got a quick airplane. Once we piece things together we know we’ll be quick, so just forget this one and move on.”

The next stop is Indianapolis Motor Speedway on October 6-7, where Sonka lost the title to Muroya in the final run of the 2017 season finale.