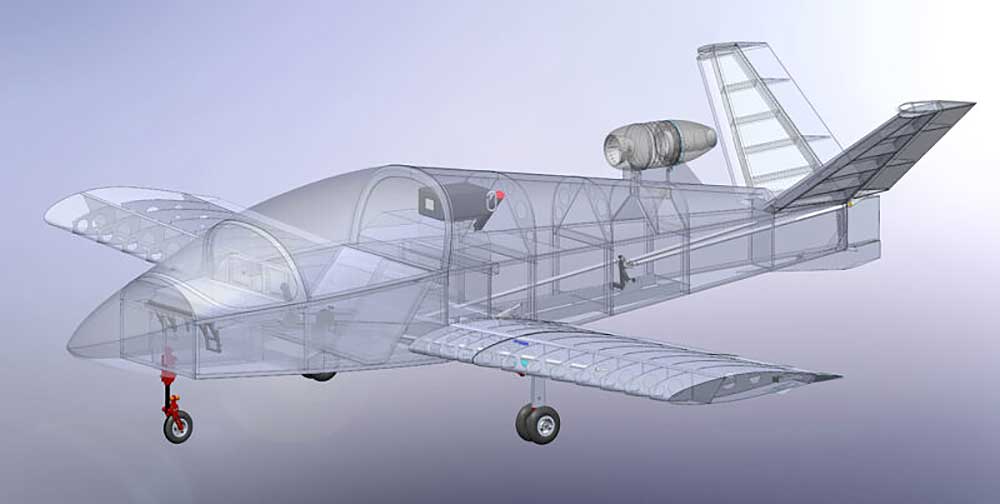 The jet-powered kitplane made by US company Sonex Aircraft is a stunning perfoprmer but has one drawback – it’s a single-seater which rules it out for many pilots. No longer! Sonex announced a two-seater was on the cards at last summer’s AirVenture Oshkosh and has just issued a positive update.

The two-seat SubSonex JSX-2T project is well advanced in engineering analysis and detailed modelling, said Sonex. Construction of physical prototype aircraft parts for JSX-2T will begin later this winter with the goal of having a prototype aircraft completed and flying this summer.

“We will have a prototype on-display in our booth at EAA AirVenture Oshkosh 2020, and at our Open House event before the show,” said a spokesperson.

“We plan to begin the process of kitting the aircraft this Fall to begin shipping the first kits around year-end, 2020.”

Among the achievements so far: