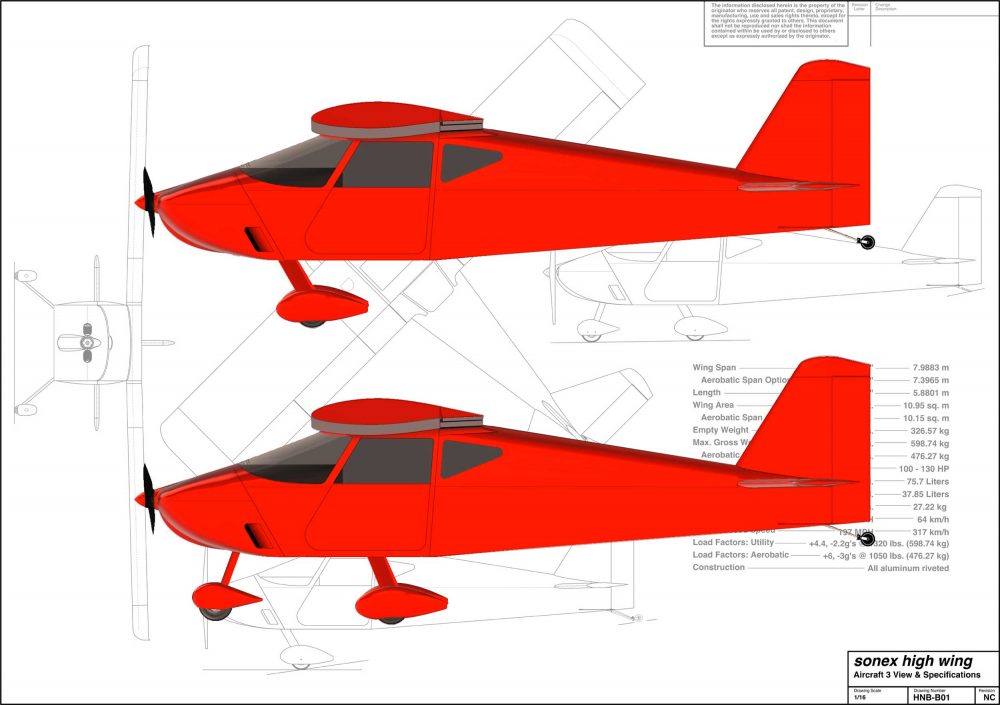 Kitplane manufacturer Sonex Aircraft has launched a range of four high-wing designs in addition to its existing range of low and mid-wing aircraft.

The four designs cover both conventional tail and Sonex’s Y-tail configuration in both nosewheel and tailwheel undercarriage.

“While many kit manufacturers today offer high wing aircraft with a backcountry mission in-mind, we are making our cantilevered wing aircraft in the Sonex tradition of sleek, efficient aerobatic and cross-country performance – The Best Performance Per Dollar!” said a statement from the Oshkosh-based company.

“Our target is to display the Sonex High Wing at EAA AirVenture Oshkosh in 2023 and begin taking orders at that time.”

Other details released so far: