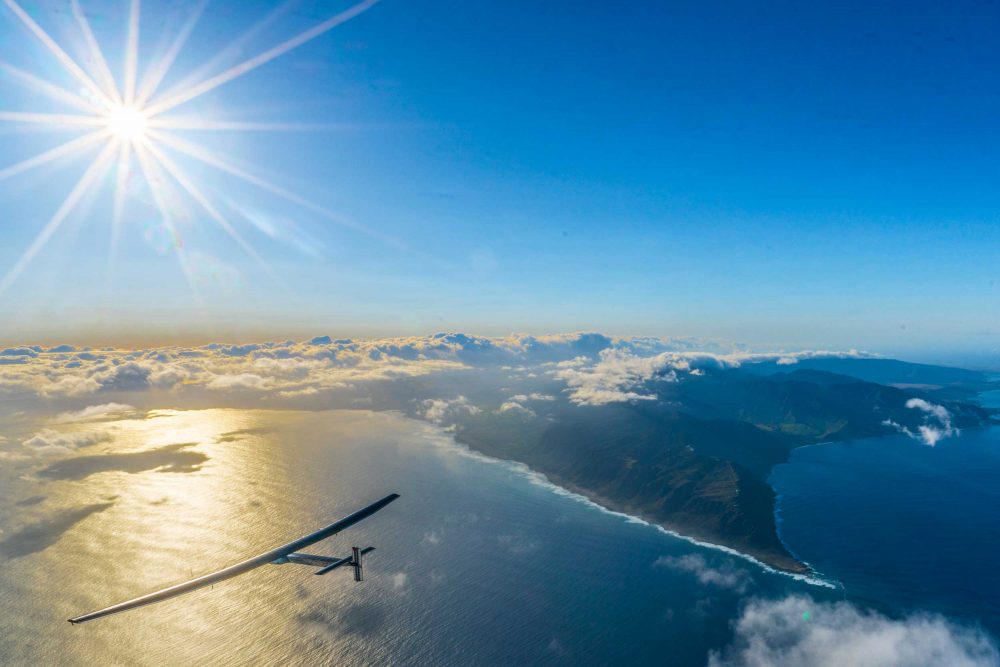 VIDEO Solar Impulse 2 has taken off from Hawaii and is heading for California, USA on the ninth leg of its round-the-world flight. The flight is expected to last 62 hours and has now passed the point of no return, said the Solar Impulse team.

Solar Impulse 2 (Si2) is being flown by Betrand Piccard. His fellow pilot in the round the world flight, André Borschberg, watched the aircraft takeoff from Kalaeloa Airport Hawaii at 16:16 UTC yesterday. The destination is Moffett Field, Mountain View, near San Francisco.

The aircraft spent the winter in Hawaii following damage to the batteries which overheated during the previous flight, from Japan to Hawaii. The battery system has been upgraded, and both pilots have performed a series of tests flight in the aircraft over the past month.

“During my round the world balloon flight in 1999, the seven days I spent over the Pacific were the most nerve-wracking and thrilling,” said Bertrand Piccard.

“With Solar Impulse the flight should last for three days, but this time I am alone in the cockpit, so the intensity is no less important. Every morning you have the suspense of knowing how much energy is left in your batteries. Then, with the sunrise comes the virtuous circle of perpetual flight.”