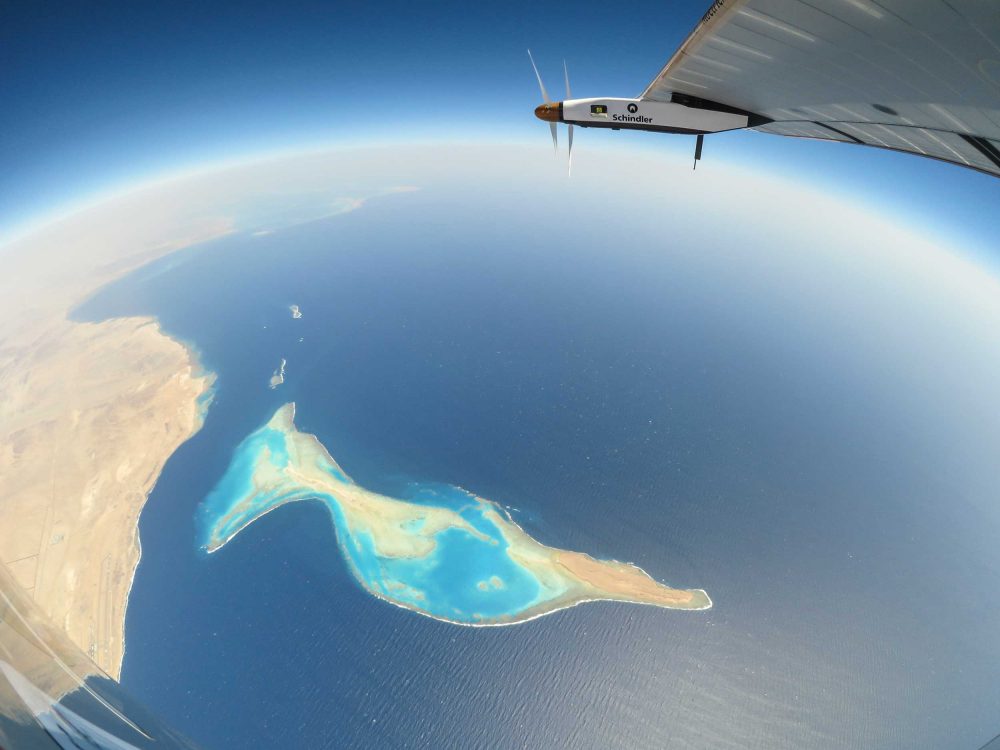 They’ve done it! The Solar Impulse zero-emission electric and solar aircraft team has landed back in Abu Dhabi after achieving the first ever Round-The-World Solar Flight.

It took pilots Bertrand Piccard and André Borschberg a total of 23 days of flight and 43,041 km travelled in a 17 leg journey. They flew alternative legs with Piccard taking the final flight from Egypt.

The flight began on 9 March 2015 when Si2 set off from Abu Dhabi with André Borschberg at the controls. It was halted over the winter after the battery overheated during the Pacific crossing.

“This is not only a first in the history of aviation, it’s before all a first in the history of energy,” said Piccard when getting out of the aircraft. “I’m sure that within 10 years we’ll see electric airplanes transporting 50 passengers on short to medium haul flights. But it’s not enough. The same clean technologies used on Solar Impulse could be implemented on the ground in our daily life to divide by two the CO2 emissions in a profitable way. Solar Impulse is only the beginning, now take it further!”