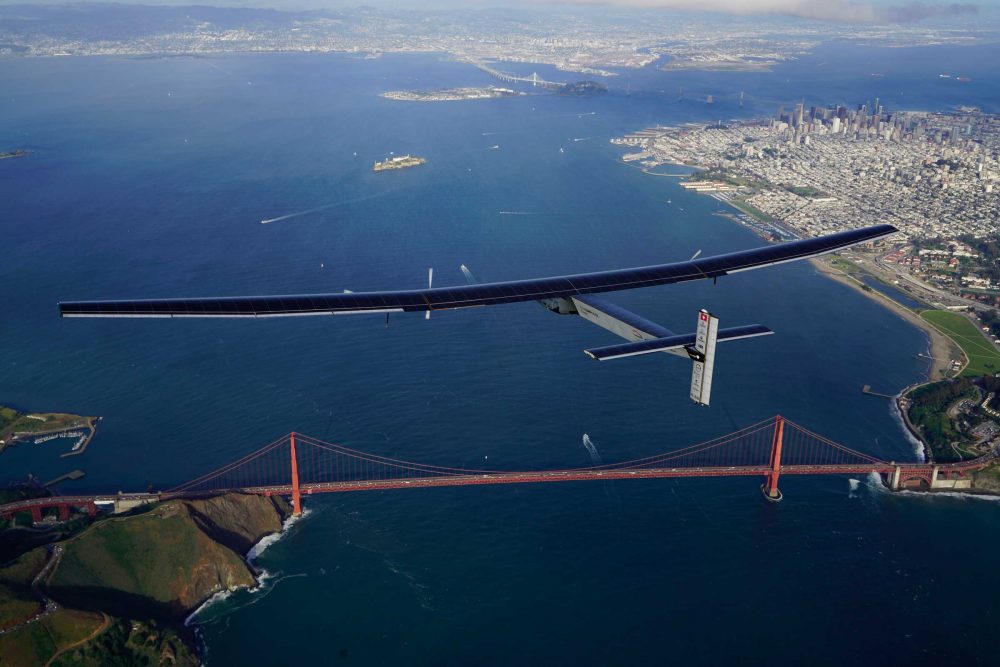 VIDEO Bertrand Piccard made a perfect landing at Moffett Field, San Francisco in the Solar Impulse aircraft after a successful flight across the Pacific. The flight from Hawaii to California took 62 hours.

His fellow pilot on Solar Impulse’s round the world flight, Andre Borschberg, was waiting for Bertrand. Bosrchberg said, “This flight was a huge step in the adventure and Bertrand Piccard accomplished it like a professional pilot.”

The Solar Impulse team could not have asked for a better window to complete the Pacific Crossing solar flight. There was a slight delay at the start due to windy conditions on the runway, however the rest of the flight followed smoothly.

“We were lucky to be flying on April 22nd during Earth Day and the day when 175 dedicated World Leaders signed the Paris Climate Agreement at the United Nations Headquarters in New York,” said the team.

Bertrand Piccard had a conversation with the UN Secretary General Ban Ki-moon live from the cockpit in front of 175 Heads of State. Bertrand ended the flight with a flyover of the Golden Gate Bridge and the city of San Francisco.