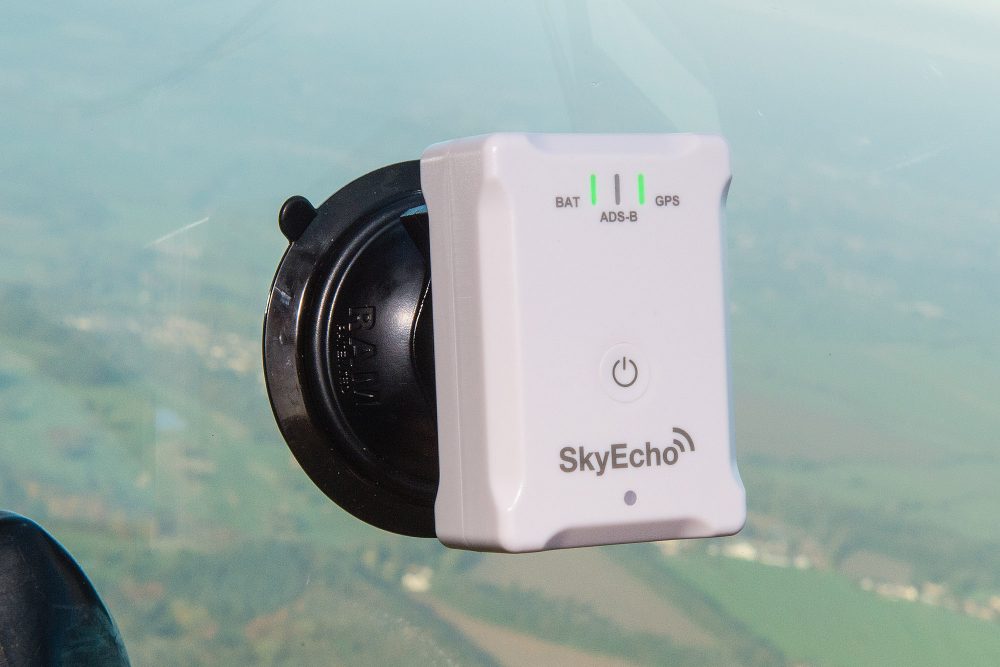 The CAA has cleared various electronic conspicuity devices to transmit ADS-B data on the frequency 1090MHz when carried on an aircraft already operating a 1090MHz transponder.

The clearance, which includes devices such as SkyEcho 2 from uAvionix, is detailed in AIC Y141/2019 issued last week. The AIC also details the CAA’s latest advice on electronic conspicuity and the various ways of achieving it. The AIC is available here.

“In August 2017 the Civil Aviation Authority confirmed that ADS-B using 1090 MHz is its preferred national system to improve electronic conspicuity for general aviation,” says the AIC.

“Ideally this will be achieved through transponders, although other devices can be integrated and interoperable with the CAA’s final strategic solution.

“Two years on, some significant developments and ongoing trials mean that it is timely to provide an update on the options currently available for enabling ADS-B out throughout the General Aviation fleet, via this AIC.”

The AIC goes on to examine and explain the various options including: 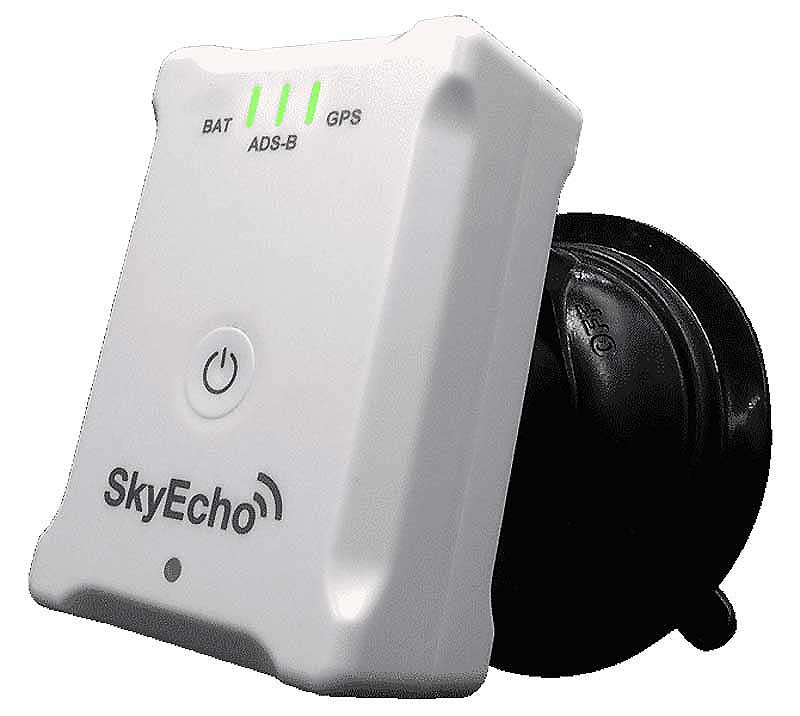 uAvionix is a major player in the electronic conpicuity field. Its device, SkyEcho, is a portable ADS-B IN/OUT transceiver and an approved EC device under the CAA’s CAP 1391. CAP 1391 was produced as a result of a CAA led project to develop a new industry standard for low-cost devices for use on light aircraft.

The issue with ‘simultaneous transmission’ is that aircraft transponders worldwide operate on the ICAO standard frequency of 1090MHz.

Sharing the 1090MHz frequency with transponder systems required the UK CAA and NATS to undertake a series of tests on 1090 MHz based EC systems. This was to ensure that there would be no negative impact from operating the two technologies simultaneously in the same aircraft.

Until that testing was complete there has, therefore, been a prohibition on 1090MHz based EC devices transmitting their ADS-B data simultaneously with an operating transponder.

With testing now complete, the CAA has confirmed that there is no significant interference between 1090 MHz transmitting EC devices, such as SkyEcho, and non-ADS-B aircraft transponders.

The EC device ADS-B transmission prohibition is therefore lifted when used in conjunction with non-ADS-B (aka Extended Squitter or ES) enabled transponders.

“We have worked closely with the UK regulator in developing and testing this technology, and have adhered closely to the CAP 1391 standard because we believe ADS-B is the only truly credible solution for GA electronic conspicuity, as this gives the widest possible compatibility with commercial, military, and GA systems worldwide.

“Now that pilots can use their SkyEcho to transmit as well as receive ADS-B, they are making themselves visible to the vast majority of other airspace users.

“Flight safety will be greatly enhanced as a result and the risk of collisions will be significantly reduced. The UK CAA is to be congratulated for taking a positive stance on EC and we hope that other European regulators will follow suit when they see the benefits and lack of negative impact in the UK.”

Read a discussion on this subject on the FLYER Forum