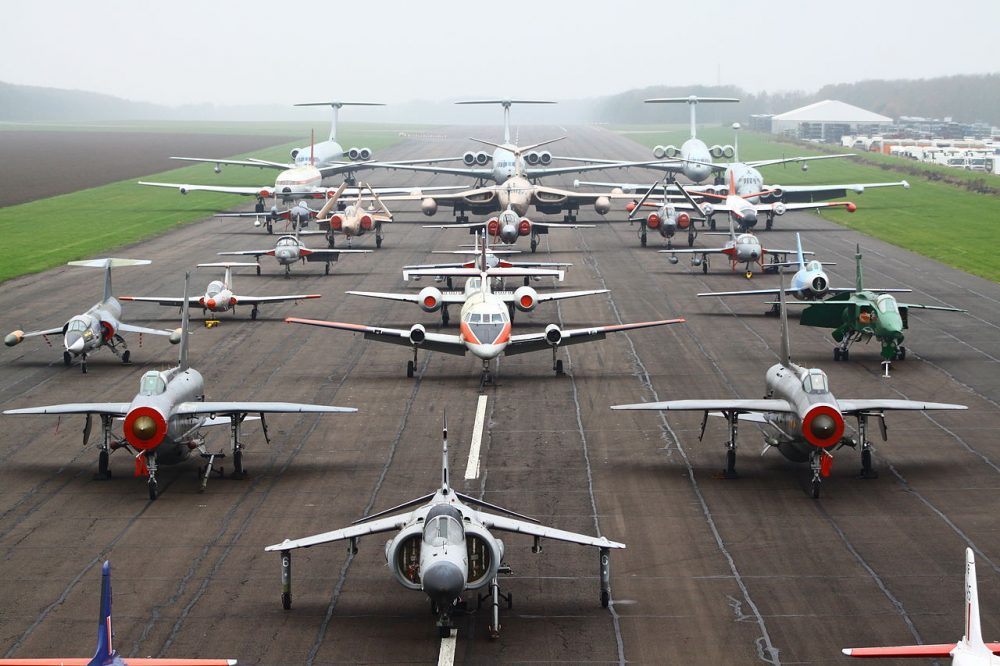 A campaign #SaveBrunty has been launched to save historic aircraft preservation groups based at Bruntingthorpe Aerodrome in Leicestershire.

The aerodrome and proving ground has been sold at Cox Automotive who will be using the site to store cars for manufacturers and fleet management companies.

“Notice has now been issued to some of the historic aircraft preservation groups (including the Cold War Jets Collection, Lightning Preservation Group, the Buccaneer Aviation Group, Classic British Jets Collection, GJD AeroTech and others) based at the site that they must leave before the end of 2020,” say the campaign organiers.

“For many of these groups, this is effectively a death-knell for their aircraft as they cannot be flown and to move them by road would be prohibitively expensive (reportedly as much as £300,000 for one aircraft).

“The enthusiasts who have kept these aircraft in working condition now face this insurmountable funding hurdle to prevent their aircraft, all their hard work and an irreplaceable part of UK aviation and industrial heritage from being cut up for scrap.

“Historically important aircraft in the Cold War Jets Collection such as the Vickers VC-10, de Havilland Comet, Hawker Siddeley Buccaneer, English Electric Lightning, Handley Page Victor and others are all potentially at risk.”

The campaign urges Cox Automotive and other stakeholders to reconsider their approach and work with the groups representing these aircraft to broker a compromise that ensures that the aircraft can stay on site.

“We must act now to prevent further irreversible loss of our nation’s proud industrial heritage.”