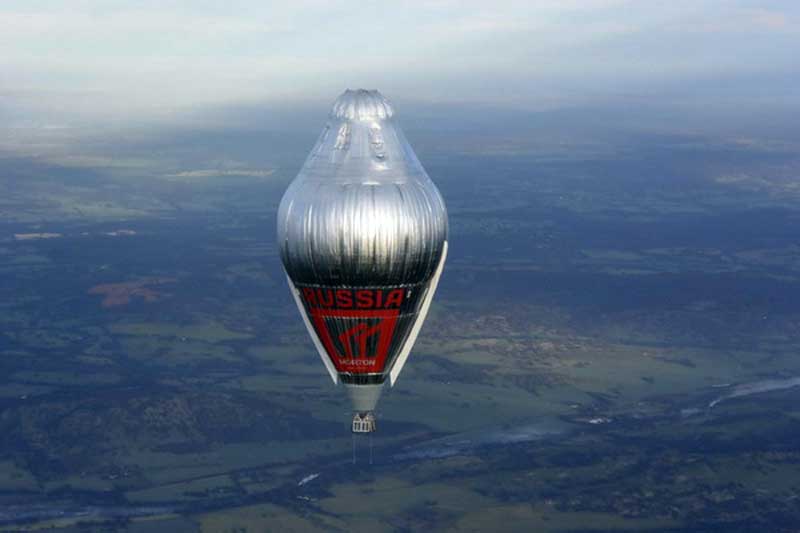 Russian adventurer Fedor Konyukhov has set off on a solo round-the-world flight in a balloon, aiming to beat Steve Fossett’s 14-year-old record for the 33,000 kilometre trip. Track his progress here

Konyukhov set off from Northam, Western Australia yesterday – the same place Steve Fossett set off from in July 2002. The record stands at 13 days 8 hours 33 minutes. Konyukhov is hoping to beat the record by a substantial amount using up-to-date technologies. He is, however, using a very similar balloon – a Roziere 550 built by British company Cameron Balloons.

“Nobody in the world makes better balloons that the Brits,” said Konyukhov, “so our balloon is being made by Cameron Balloons and it will fly on Russian helium.”

In 1999 Bertrand Piccard and Steve Jones set the first record for flying a balloon around the world, using a different 40,000km route starting in Switzerland and finishing in Egypt, and taking 19 days 21 hours 55 minutes.

FlyDOO launches ballooning without the hassle

A new aviation record: most liquid dropped in a day