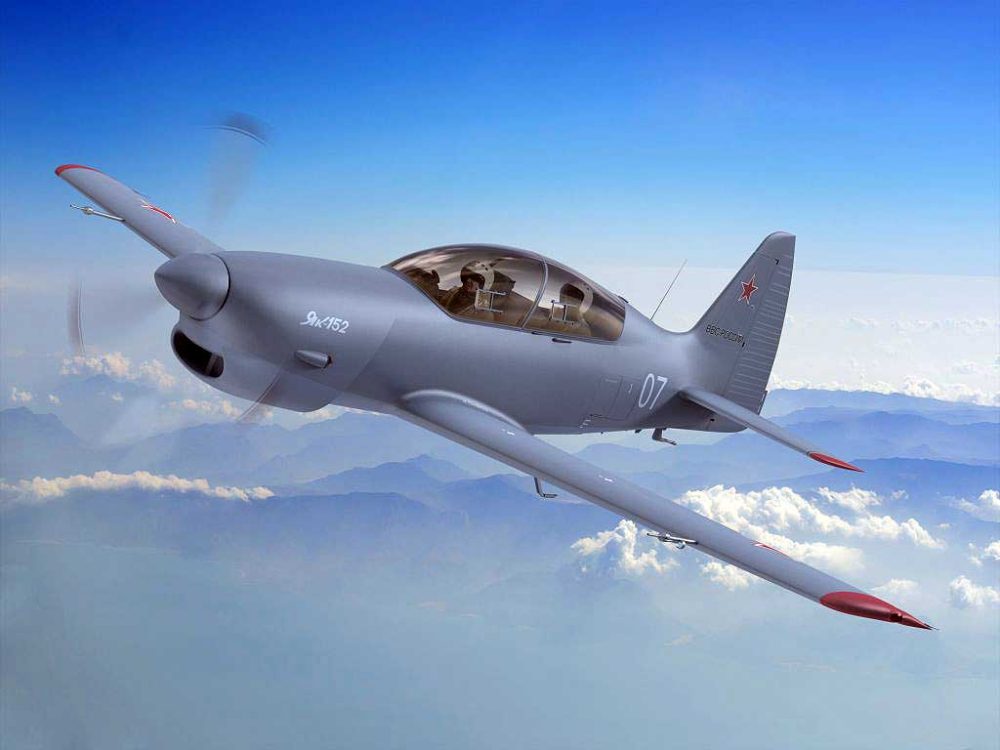 The Yak-52 is a hugely popular aerobatic aircraft in the UK and now its replacement, the Yak-152, is under development by the Yakovlev Design Bureau. The aircraft is expected to make its first flight later this year.

The Russian Ministry of Defence has ordered 150 of the aircraft to replace the Yak-52 as the military’s training aircraft. Apparently more than 300 Yak-52s are still in service with the air force.

The Irkut Corporation, which will make the Yak-152 at its plant in East Siberia, says this about the aircraft.  [The] Yak-152 is designated for training in:

The Yak-152 will be equipped with the German-made and designed 500hp RED A03T piston diesel engine already certified by EASA.

It will have an unpressurised ‘tandem’ cockpit with the forward seat designated for the trainee pilot, and the aft seat for an instructor although it can be flown solo from either seat. The avionics will be glass cockpit though no manufacturer has been named yet, and the Yak-152 will also have a SKS-94M ejection system.