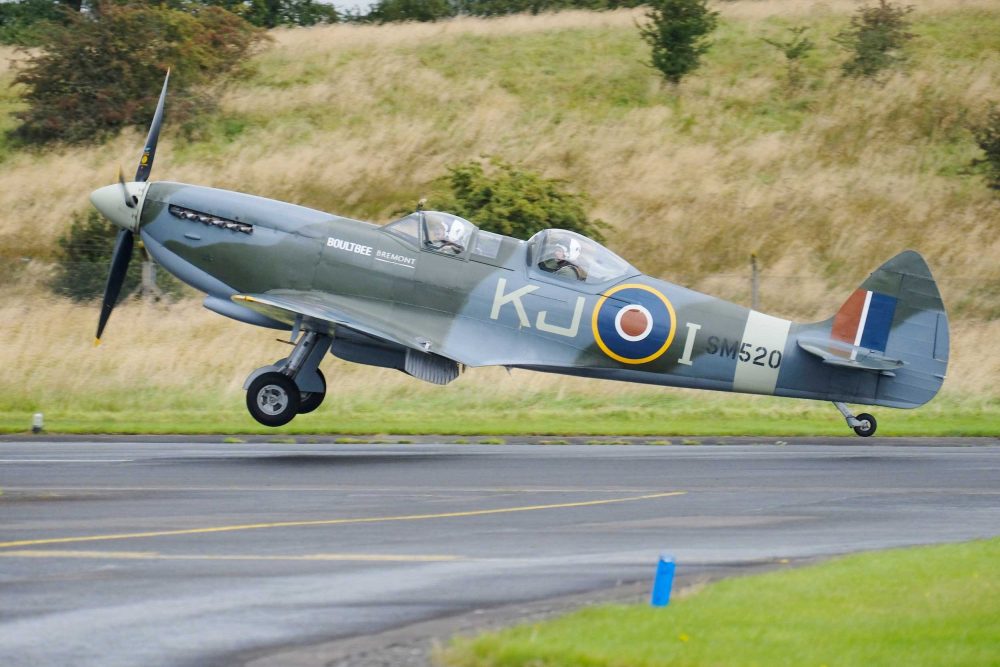 Aviation Without Borders is a leading UK aviation charity and each year it runs a Spitfire raffle to raise funds for National Fly Kids Day when flying clubs and schools around the UK fly deserving children.

The winner of 2016’s Spitfire raffle, Andy Reid, an experienced light aircraft pilot with a Cessna 182, had two attempts at the flight with Boultbee Flight Academy at Goodwood cancelled when weather and a technical fault intervened. However, third time lucky in September when Boultbee was on tour and stationed its aircraft at Cumbernauld Airport in Scotland, close to where Andy lived.

“The day began with a thorough briefing on the Spitfire and, most importantly, what to do in the event of various emergencies, including the worst case scenario of having to bale out. Fortunately the seat doubled as a parachute and, perhaps even more fortunately, it wasn’t needed.

“The pilot for my flight was Dave McKay, an ex-navy pilot who, amongst other things, flew with the Royal Navy Historical Flight. Dave fired up the engine and the momentary smell of exhaust fumes was accompanied by the magical roar of the engine. During taxying I was struck by the limited forward visibility due to the high nose-up angle but this was countered by snaking turns to look down either side of the massive engine.

“After running through a series of take-off checks that weren’t that dissimilar to those on many of today’s light aircraft, we were off. The acceleration was brisk and we were airborne in about half of Cumbernauld’s 800m runway. I have to admit to all the hairs standing on end at that point!

“After turning east and still in sight of Cumbernauld, Dave asked me if I’d like to take control. The low cloud base meant we were flying at about 800ft but at a brisk 200mph, a fraction of what the Spitfire is capable of but necessary to protect the engine and airframe.

“I found the aircraft to be very stable in the roll but sensitive in pitch. I flew her out past the Falkirk Wheel before turning north to the Kelpie and then to the Wallace Monument – all iconic landmarks for anyone who knows the area.

“Towards the north of Stirling, Dave suggested I might like to see how agile she was with a bad guy on our tail and a couple of steep turns pulling quite a few g was followed by a very serene roll.

“All too soon it was time to head back so we turned south and gave the visitors at Stirling Castle a flypast before returning to Cumbernauld. A run and break at about 500ft was followed by a curving approach, necessary to maintain visibility of the runway.”

This year’s AWB Spitfire raffle closes on 31 October and the draw will take place at the Hilton, T4 Heathrow Airport, on Saturday 11 November. Tickets can be purchased online at www.aviationwithoutborders.org