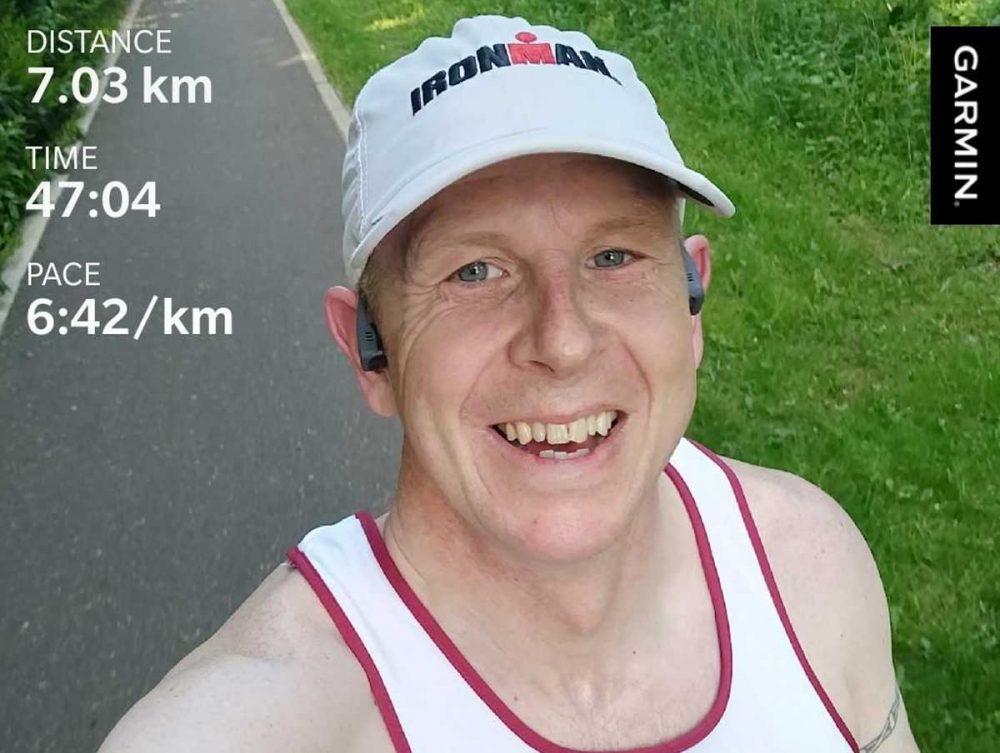 For most people, a single triathlon would be a severe test of athleticism but NINE triathlons in nine days, over 900 miles? But that’s what Nigel Johnson, a 47-year-old pilot and instructor at RAF Cranwell is going to attempt from 10-18 June with two friends.

Nigel has set himself this incredible target to raise funds for Macmillan Cancer Support, in memory of his mum, Julie Johnson, who died in 2000 from ovarian cancer.

“Macmillan, and particularly mum’s Macmillan nurse Judy, were a great support not only to mum but also our family,” said Nigel.

“They offered emotional and practical support, making the incredibly difficult time of dealing with her terminal prognosis that bit more bearable.

“I started by completing a 10k run in 2016, and this has seemed to snowball slightly out of control, leading to me completing Ironman Wales in September 2019, a 2.4-mile swim followed by a 112-mile cycle and a 26.2-mile run. My family, wife Sara and daughter Amy, have also been involved and so far we have raised over £11,500 for this great charity.

Nigel had originally planned for his nine triathlons to span the United Kingdom as part of the John O’Groats to Land’s End (JOGLE) route, however due to covid and some of the support team being deployed overseas he has had to scale back his plans.

Instead, Nigel and his friend Dean Marratty will visit some of Lincolnshire’s most iconic places during their challenge including Lincoln Cathedral, The International Bomber Command Centre, Woodhall Spa, Humber Bridge, Battle of Britain Memorial Flight and RAF Cranwell.

The third member of the team, James Murray, is currently deployed overseas and will complete his part of the challenge from there, running as many miles as possible in a push to achieve the original distance of 900 miles by 18 June.

Donate to the cause on Nigel’s JustGiving page here

All the routes for TriJOGLE are now finalised, taking in all the iconic Lincolnshire sites.

You can see them for now at https://t.co/TBpkZmCNtc

There’ll be an interactive map with live GPS tracking for the event.

DM if you want to join us for any of it. You’ll be very welcome pic.twitter.com/a2f6eTwCjs