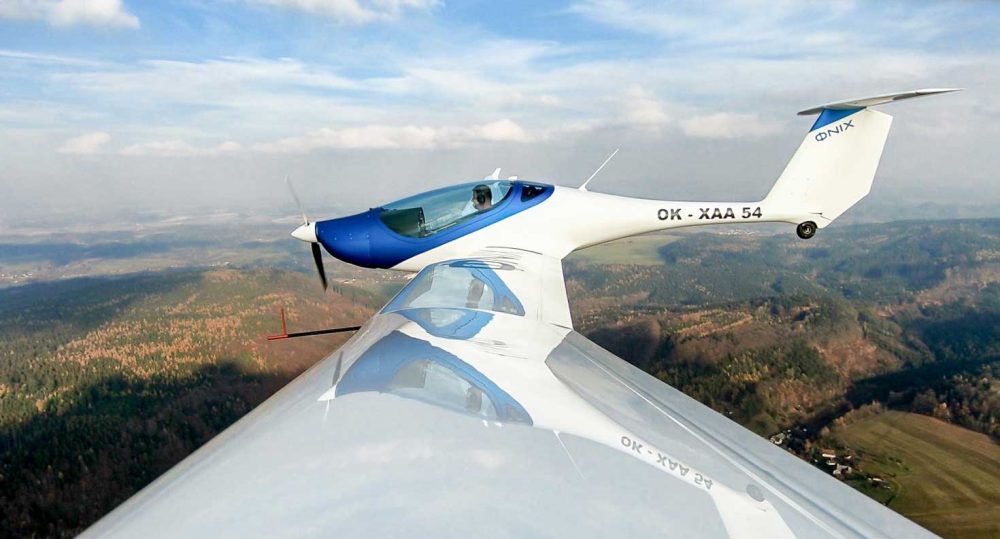 The aircraft has successfully flown from Sveg in central Sweden to Roros in neighbouring Norway in what’s believed to be the first flight by an electric aircraft over the border.

?So today we made the first electric flight over the border in winter conditions ?. From Sveg (Sweden????) to Roros (Norway????). Great day and beautiful landscapes! ???#?NIX #PureFlight #PurePlane #Sweden #to #Norway #electric pic.twitter.com/SadZkYDItB

?Another primacy!??The first landing of an electric plane on ice! ???Even winter will not stop ?NIX! We are testing ?NIX in cold conditions in Sweden ?????#?NIX #PureFlight #PurePlane #Sweden #electric #aviation pic.twitter.com/osrNPMGEq0

The Pure Flight ΦONIX is made by modern technologies and materials with powered flight duration of minimum 2.5 hours, said the Prague-based firm. It plans to certificate the aircraft as a Light Sport Aircraft (LSA) with a weight limit of 600kg.

The aircraft’s first flight was in November 2018, and in September 2019 it won the Smart-Flyer e-challenge in Switzerland with a flight of 199km, landing with 27% of power remaining.